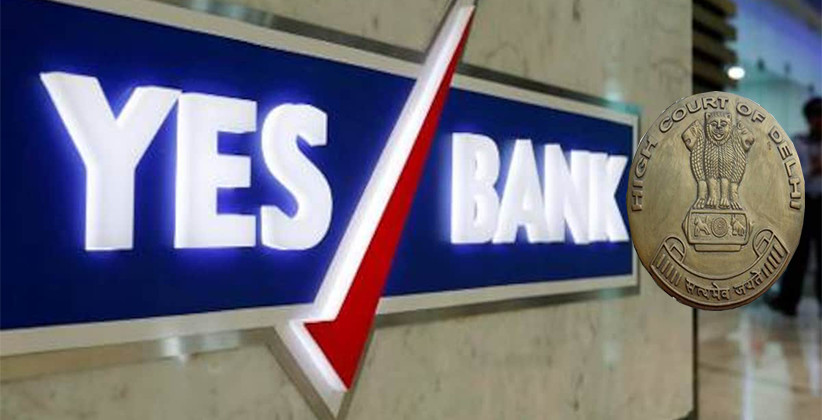 On March 1, 2020 Delhi High Court single bench Judge Justice Sanjeev Sachdeva, who conducted the proceedings through video conferencing, directed Yes Bank to take no further coercive action against the petitioner, Anant Raj Limited, pursuant to declaration of the status of the petitioner as a non performing asset.

The court further directed the company's counsel to file rejoinder to the bank's counter by email latest by 2 PM on April 5, 2020.

Counsel for the bank, Ashwani Chawla, informed the court that the declaration of the status of an account as a Non-Performing Asset (NPA) is an automated process and the computer system automatically picks up any default which has not been serviced for a period of 90 days and declares the account as NPA. He further added that the company was in default with regard to the instalment which was payable on January 1, 2020, accordingly, the computer system automatically on March 31, changed the status of the account as a NPA.

Petition was filed in the court to sought direction for the Yes Bank to not to take coercive/adverse steps as proposed in its e-mails dated on March 25, 2020 and March 27, 2020.

The bank has informed the company via e-mails that since its instalments for January and February, 2020 are due, if the amount is not paid by March 31, 2020, the petitioner's account shall be declared as a non-performing asset, the plea said.

Counsel, representing petitioner, stated that in view of the RBI Circular dated March 27, 2020, particularly paragraph 5 which gives mortarium on terms of loan, respondent cannot declare the account of the Petitioner as a non-performing asset and have to defer any coercive action till June 6, 2020.

The counsel for the bank, Ashwani Chawla, argued that the moratorium is applicable only with regard to instalments which fell due after March 1, 2020 and are not applicable on instalments due before that.