Delhi High Court on Delhi’s Covid situation: “Problem is in Delhi as Both Centre & State Think it is Theirs” 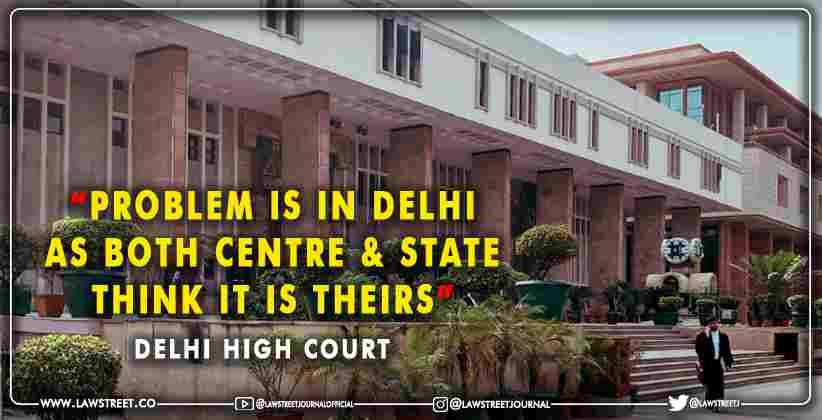 The Delhi High Court, which has been hearing a batch of petitions on different aspects pertaining to the Covid-19 pandemic in the national capital remarked today (May 13, 2021) that "The issue is in Delhi because both the Centre and the State believe Delhi is theirs."

Sr. Adv. Rahul Mehra reacted by saying that the Centre should not only think but also "conduct like Delhi is theirs," and that Delhi has seen supervision by the Centre in Covid-19 matters since day one, despite the court's consistent warning that they should not stoop to the extent of "squabbling." The centre responded by saying that these were "regular charges" that would "lower the level of the court" if not investigated.

The court was hearing a case about suspected discrimination in the sale of medical equipment by the Delhi government. According to the evidence shown in court, the equipment was only given to a few hospitals.

According to the Delhi government, the facilities should have been distributed to all public hospitals rather than just a few. The event has been postponed until November 15 , 2021.

The Delhi government also said that despite the fact that it began writing to the Centre on May 4 and repeatedly afterwards, the Centre's decision had not changed.

Following the submission, the court asked Additional Solicitor General Chetan Sharma, who was representing the Centre, to look into the matter, to which he responded that Delhi's claims were unclear and that it needed to be seen how discrimination is rendered.

At this point, Rao interjected to explain, "Discrimination is an unsuitable concept. What we said was that if anyone applies their mind to ensuring that help goes to countries that need it rather than those that already have it, it would go to places that need it."

Observing the charges and evidence, the bench said, "On the one hand, several major hospitals have refused to admit Covid. We're not saying you have to offer it because non-Covid hospitals must as well."

The court also ordered the centre to "compile a list of what assistance was rendered and provided to Delhi, as well as which hospitals."