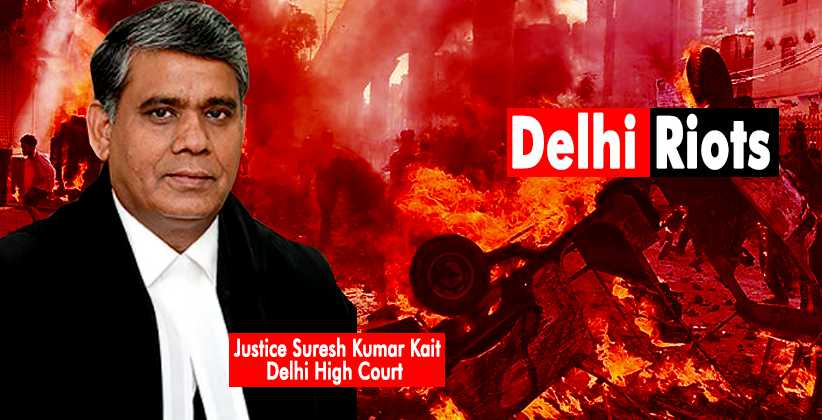 Judiciary Oct 16, 2020 Richa Shah ( Editor: Ekta Joshi ) 6 Shares
6 Shares
Bail was granted on Monday i.e. 12th October 2020 to a man who was arrested for alleged rioting during the north-east Delhi communal violence in February this year by the Delhi High Court. This was done after noting the fact that there is no CCTV footage, video clip, or photo to corroborate the prosecution’s claim.

The plea was filed under section 439 of Code of Criminal Procedure, 1973. Justice Suresh Kumar Kait ordered that Mohd. Rehman be released on bail if he is not required in any other case. This release shall be done when he furnishes a personal bond of Rs.25, 000 with one surety of like amount.

Mr. Rehman was arrested in connection with an FIR lodged at Dayalpur police station on March 4 under charges of rioting in North-East Delhi. The bail plea was opposed by the special public prosecutor on the grounds that during the investigation, the primary witness had identified Mr. Rehman along with other co-accused. The prosecutor also mentioned the fact that Mr. Rehman is involved in four other riot cases. To this claim made by the prosecutor, the High Court said that “It is not in dispute that in the present case there is no CCTV footage, video clip or photo to corroborate the prosecution’s claim.” A question was asked by Justice Kait asking why two Delhi police constables who had recorded statements as eyewitnesses in the case and identified Mr. Rehman did not make any daily diary entry as the alleged incident occurred on February 25, whereas the present FIR was registered on March 4. The court also noted the fact that the constables did not make a PCR call on the day of the incident. There were also other witnesses who claimed to know Mr. Rehman also did not make any complaint to the police on the day of the alleged incident.  After taking a look at all the facts, the court said “In view of the above, I am of the opinion that the petitioner deserves bail as he is in judicial custody since April 20. The charge sheet has already been filed. Charges are yet to be framed. Trial of the case shall take substantial time.” In view of the above, the court was of the opinion that the petitioner deserved bail. Bail was also granted to a man named Kasim who was arrested for alleged rioting during the Delhi Riots after noting that the petitioner was not seen in any of the 11 footages which were seen on different platforms on social media. 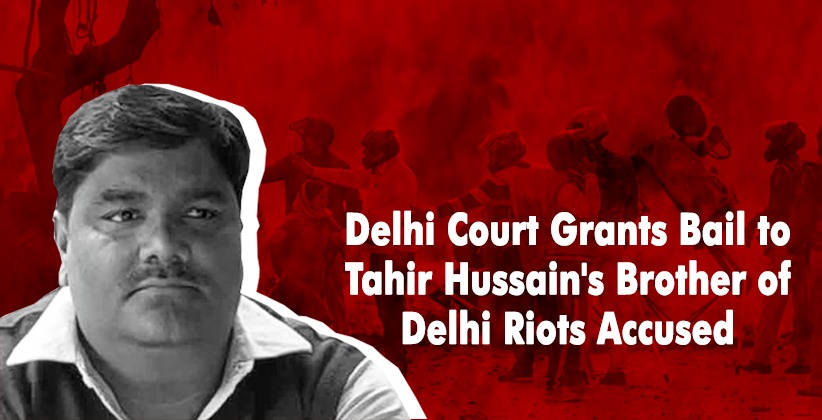