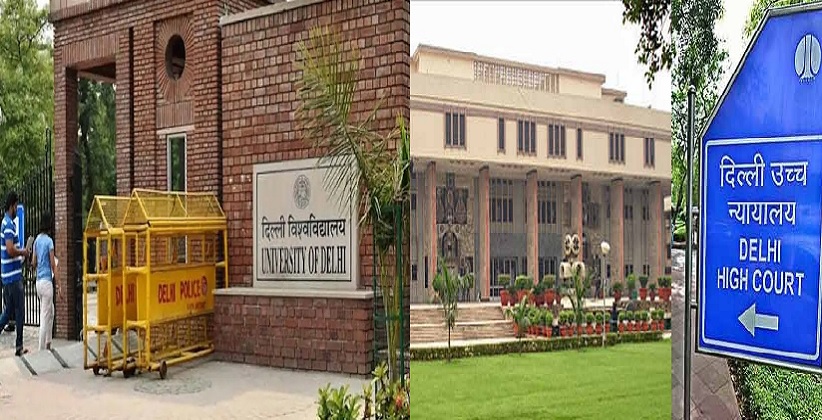 The Delhi University has decided to postpone its examination but has not yet provided any date for conducting it in the future. The information was provided to the Single Bench consisting of Justice Pratibha M Singh before it was directed to transfer all such petitions related to the DU examination before the Division Bench of Justice Hima Kohli and Justice Subramonium Prasad.

This order has come through a Writ petition challenging the decision of Delhi University conducting open book examination (OBE) on 10th July. In the proceeding, it was held that the university examination has been postponed till 15th August 2020. No specific date has been provided by the University for conducting the examination.

The court was further informed by the University Grants Commission (UGC) that the Ministry of Human Resource Development (MHRD) has issued a revised memorandum where the university was asked to conduct examination by September 2020. However, the decision is left on the concerned university whether to hold the exam online or offline, keeping in mind the preparation of students and other factors.

The Petitioner submitted that the final year students should be promoted based on the average marks obtained in previous years along with internal assessment.

The Petitioner further raised questions from students across the country. The following have been highlighted below:

The Petitioners further argued that the University is contrary to the various provisions of the Delhi University, as the Executive and the Admission Council was bypassed while taking the decision.

Due to multiple petitions in the matter, the court decided to refer them cohesively to the Division Bench of Justice Hima Kohli and Justice Subramonium Prasad.

The court lastly stated that it was already dealing with issues of students who fall under the PwD category vis-a-vis the conducting of the open book examination in the Writ petition titled Prateek Sharma Vs Union of India.