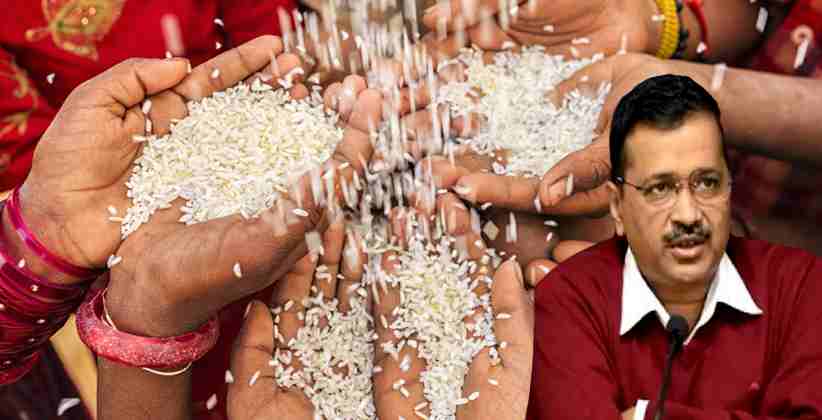 In a plea seeking recommencement of the Chief Minister Corona Assistance Scheme in order to ensure supply of dry ration to the needy and less privileged persons in Delhi who cannot afford and who are in need of it, the Delhi High Court has issued a notice to Delhi Government.

The division bench of Justice Hima Kohli and Justice Subramonium Prasad has directed the Delhi government to provide an affidavit in an application submitted in the current ongoing writ petition moved by ‘Delhi Rozi Roti Adhikar Abhiyan’.

In addition to the resumption of the Corona assistance scheme, the petitioner is also seeking the continuity of the kiosks and the help desk set up to deal with the grievances of people who are not yet enrolled under the public distribution scheme.

“Despite the lifting of the lockdown, many people are finding it extremely difficult to find employment”, the petitioner stated.

The application further seeks to set up hunger relief centers for distributing food to those who do not possess a ration card. Appearing for the Delhi Government, Additional Solicitor General Sanjay Jain asserted that despite the closing of the aforesaid in May, the surplus ration is still being allocated to the needy.

When confronted with a query from the court as to how poor people apply for the scheme after it has been exhausted, Mr. Jain claimed that the Commissioners in the area are looking into the issue. Mr. Jain submitted, “We had to organize special trains for the movement of more than 3 lakh migrant laborers who are now returning to Delhi for work.”

The application has been moved in the ongoing writ petition alleging that there have been widespread violations of the implementation of the NFSA, including the shutdown of ration shops during working hours, denial of access to food grain and other key resources, and lack of execution of the necessary grievance redressal and accountability mechanisms.

According to the petitioner, the inability to implement the NFSA leads to a breach of duty enshrined in Article 21 of the Constitution, because it has caused hardship to a large number of citizens who are left helpless by the ongoing pandemic.

The petition, therefore, seeks guidance from the Delhi Government to ensure that people are not refused access to food grains and other resources at the time of such a crisis. This is important to alleviate the struggle of hundreds of people who have been pushed to hunger and unemployment as a consequence of the ongoing lockdown.

In order to ensure the same, the petitioner urged the court to direct the Government of Delhi to set up and operationalize the Accountability and Grievance System (including the State Food Commission, Social Audits) as envisaged under Sections 14, 15, 16 and 28 of the National Food Security Act 2013 in order to ensure that no one is starving of food scarcity and denied food on any technical grounds.