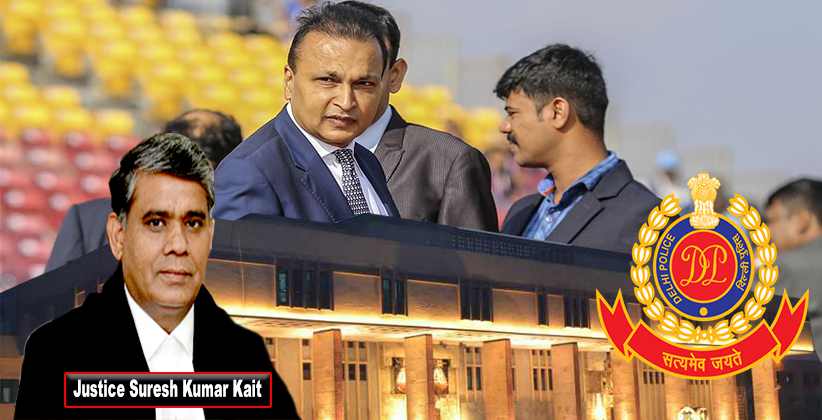 Judiciary Jan 31, 2020 Lawstreet News Network 15 Shares
15 Shares
Delhi High Court today (January 31, 2020) has issued a notice to the police in a plea challenging the removal of a court master in the Apex Court who was allegedly found tampering with the Apex court’s order in Anil Ambani Contempt Case.

A bench comprising Justice Suresh Kumar Kait issued a notice to the Delhi Police. The conundrum highlighted by the petition is that whether Court Masters are criminally liable for making an error in recording court proceedings which are verified not only by the concerned judges but also by the numerous levels of registrars of the concerned court.

In the present case, an FIR had been lodged against an Assistant registrar of the Supreme Court for the allegation that he had recorded an incorrect proceeding. It has been submitted in the petition that if the court masters are to be implicated in criminal cases on the sole pretext of some error in court proceedings, then the repercussions shall leave a noxious impact for the court masters to perform their official functions leading to chaos. They might end up facing severe malicious prosecutions just like the present matter. On these aforesaid grounds, the Petitioner has invoked the jurisdiction of the Delhi High Court under Section 482of the Code of Criminal Procedure, 1973, for quashing the FIR lodged against the petitioner. The next date of hearing in this matter is February 25, 2020. The petitioner in the aforesaid matter is being represented by Advocate Rishi Malhotra.   Author: Kumar Aditya