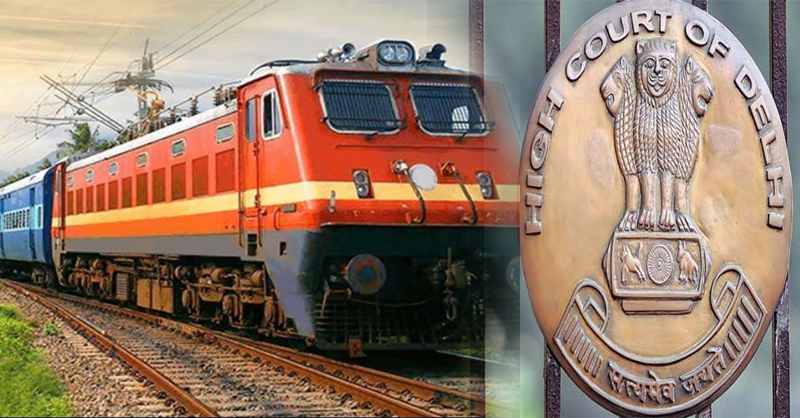 The Delhi High Court has asked the Indian Railways to provide necessary travel assistance for students who are suffering from disabilities and come under the category of PwD (Persons with Disability) and Visually handicapped (VH). The Delhi HC is trying to make it easier for the PwD students to travel from remote areas who are willing to take the physical exams organized by Delhi University.

The decision was given by the division bench comprising of Justice Hima Kohli and Justice Subramonium Prasad who further ensured that Railways was taking sufficient measures in such manner that they would not face any issues with regard to booking their seats in the respective trains in order to reach Delhi in time to prepare for their exams too. The order came as an answer to a bunch of writ petitions which were raising their concerns for the adequate and appropriate addressal of the special needs of students with a disability who were planning to take the DU exams. The petitions filed included the one by Prateek Sharma and another by the National Federation of Blind (NFB).

The Railway Ministry represented by advocate Jagjit Singh informed the Court that it had already provided concessions in the rate of tickets for persons in the PwD category including the visually impaired and the procedure to avail the tickets is also mentioned on the website. Indian Railways further guaranteed that students who have booked their tickets but have not received confirmed seats will be allotted reserved berths in time.

The Delhi University stated the Court regarding the matter of online open-book exam (OBE) that most of the students willing to take their exams from the specified mode have successfully done so, and in case those students who were left will be given another option of either coming to Delhi and appear for the physical exams or to take it from their respective hometowns.

The University further informed the Court that in acquiescence with the previous order, an email id has been made functional for the students who are willing to pursue their graduate studies from foreign Universities. The interested students can send their requests seeking a postponement to the said ID and the same will be administered by the University. DU has also assured that the mark sheets of the 5th-semester students will be made available online within 2 days.

The Bench has asked senior advocate S K Rungta, appearing for petitioner National Federation of Blind (NFB) to submit a list of PwD students who would be traveling to Delhi and asked DU to submit an affidavit along with these above submissions stating the exact date for declaration of results for the first phase of these examinations and the number of students registered for the second phase of exams.

The court also permitted fresh as well as students who had already appeared for the exams to sit for the second physical phase of examination if they wished to improve their results and the High Court listed the matter for further hearing on 22nd September. The University informed the Court that 1500 students were expected to take the second phase of exams and the system was already in operation for providing digital certificates and mark-sheets to the students.

With regard to the postgraduate admissions, University Grant Commission (UGC) has informed the court that all the Universities are allowed to give provisional admission to the eligible students even after September 30, till the revised academic plan comes into force or is issued by UGC. UGC further mentioned that the Universities can accept provisional certificates of students even after the deadline of September 30.