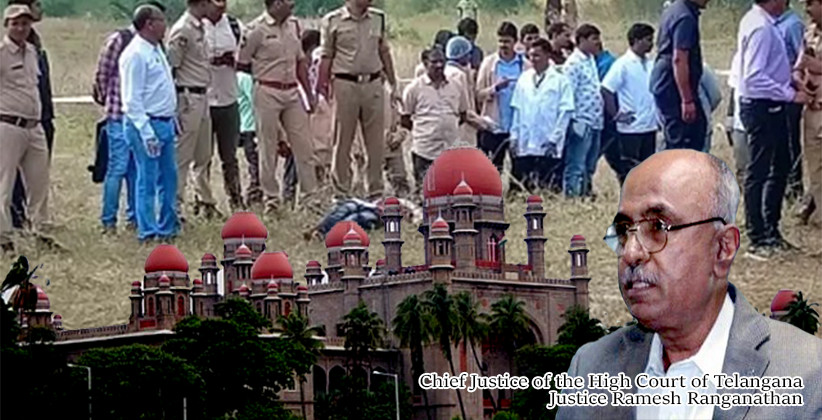 The Chief Justice of the High Court of Telangana, Justice Ramesh Ranganathan has adjourned the Shadnagar encounter PILs after recording the submissions of the Advocate General of Telangana, BS Prasad that the Supreme Court of India has ordered the state to preserve the dead bodies of the 4 accused persons involved in Disha’s rape and murder until further orders of the Supreme Court.

The Court also directed the State of Telangana to preserve the dead bodies properly in order to comply with the Supreme Court’s orders.