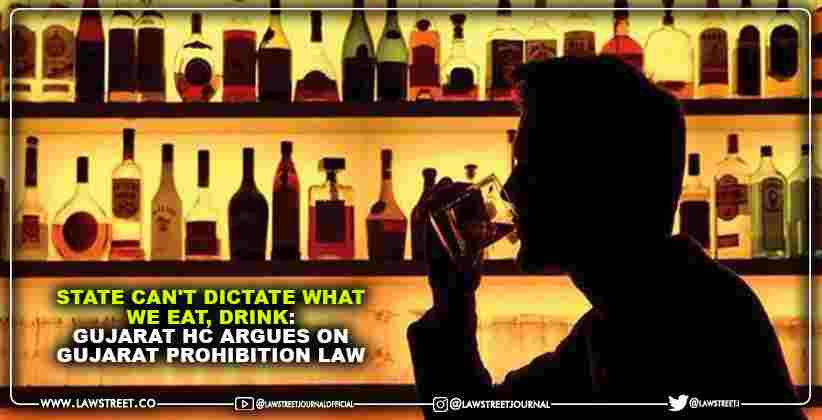 On June 23rd 2021 Wednesday, the Gujarat High Court reserved its order on maintainability of a batch of petitions challenging provisions of the state's Prohibition Act as contrary to the citizen's rights to privacy, life and personal liberty as enshrined in the Constitution.

The division bench of Chief Justice Vikram Nath and Justice Biren Vaishnav reserved its order on maintainability of the petitions challenging the provisions of the Gujarat Prohibition Act, 1949, after Advocate General Kamal Trivedi argued that "it is not permissible for court to examine the validity of any law or any new or law or additional grounds when it has been upheld by the apex court in the past".

The Supreme Court had upheld the Act in its judgment in 1951.

"If you want to get the law corrected or improvised in light of the recent judgments of the Supreme Court (on right to privacy), then I think you may take the matter before the Supreme Court and not before this court," Mr. Trivedi said.

"This concept of right to privacy is not like a bull in a china shop. It is subject to reasonable restrictions based on social environment," Mr Trivedi argued, adding that the right to eat non-vegetarian food within the four walls of one's home cannot be compared to the right to drink alcohol, which is injurious and can be stopped.

"Otherwise tomorrow somebody will say you should not harass me if I am taking drug, psychotropic substances within my four walls," he continued.

In his submission, Additional Advocate General Prakash Jani said that "people of Gujarat are extremely happy with the prohibition law."

The petitioners, on the other hand, argued that the matter should be taken up on merits, as the provisions challenged in the pleas are materially different from what they were in 1951, as they have been amended over the years.

A batch of petitions have challenged the constitutional validity of various sections of the Gujarat Prohibition Act, 1949, including sections 12 and 13 (total prohibition on manufacture, purchase, import, transportation, export, sale, possession, use and consumption of liquor) and sought them to be declared as ultra vires the Article 246 of the Constitution.

A petition argued that the provisions are "arbitrary, irrational, unfair, unreasonable, and discriminatory...and despite prohibition being in place for more than six decades, a steady supply of liquor continues to be available through an underground network of bootleggers, organised criminal gangs and corrupt officials."

"With expanding interpretation of the right to life, personal liberty and privacy, as contained in Article 21 of the Constitution, a citizen has a right to choose how he lives, so long as he is not a nuisance to the society. The state cannot dictate what he will eat and what he will drink," said a plea filed by one Rajiv Patel and two others.

"When it is found that privacy interests come in then the state has no compelling reason to continue an existing law, which penalises private transportation, possession and consumption of liquor that cause no harm to others...The provisions destroy the right to life, personal liberty and privacy which is a pivotal facet of Article 21 of the Constitution," it said.