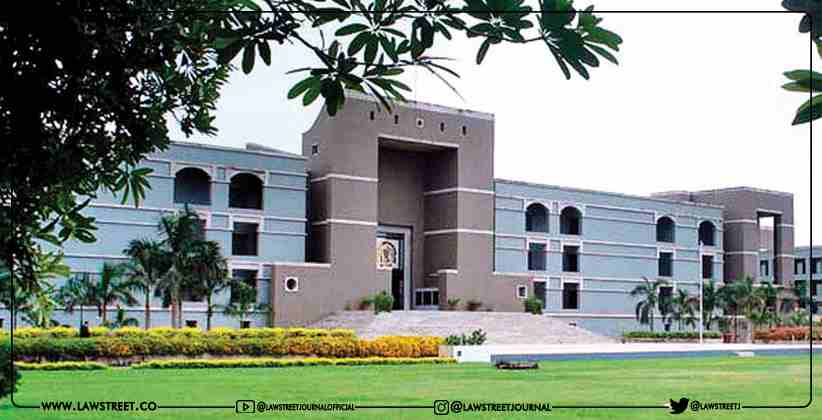 The Gujarat High Court, reiterating that it is not necessary to prove that someone else was driving the vehicle rashly and negligently, resulting in the victim's death, has imposed liability on the insurance company to pay compensation to the victim's family under Section 163A of the Motor Vehicles Act.

The Bench comprising Justice Sandeep N Bhatt gave this order in connection with the First Appeal filed under Section 173 of the Motor Vehicle Act by the Appellant’s who were dissatisfied with the verdict of the Motor Accident Claims Tribunal.

While going home on his tractor, the deceased father of the Appellant - Claimants had the vehicle overturned and died as a result. The tractor belonged to opponent number one. According to the Appellants, the deceased's monthly income was Rs. 3,200 and he had a valid driver's licence.

The Tribunal ordered compensation in the amount of Rs.3,30, 900/-, including funeral expenses, plus 9% interest per annum. Only Opponent No. 1 was to pay the said amount and not the insurance company. The Appellant had claimed Rs. 4,38,836/- as compensation from Opponent 1 and Opponent 2 (insurance company). Opponent 1 did not appear before the tribunal.

The Appellants' primary argument was that the insurance company had collected Rs. 100 as Premiums towards personal accident of owner-cum-driver and collected Rs. 25 as premium towards legal liability to the drive, hence could not be exonerated from the liability.

In the case of Valiben Laxmanbhai Thakore (Koli), Wd/ (4) GLH 77, it was held that the Insurance Company cannot run away from its liability to pay the amount of compensation to the claimants. The Tribunal has awarded only Rs.3,30,900/- by considering the income of the deceased Rs.2,400 - instead of Rs. 3,200 - per month.

As per the claimant they have suffered loss of love and affection and also have loss of future income of the father. Also, other objection was that the Tribunal had determined the deceased's monthly income to be Rs. 2,400 rather than Rs. 3,200.

On the other hand, the Insurance Company's learned lawyer, Mr. Chirayu A. Mehta, has argued that the deceased was driving the tractor and hence is totally responsible.

According to the recent decision of the Hon'ble Apex Court in the case of Ramkhiladi & Anr. Vs. United India Insurance Company & Anr. (2020) 2 SCC 550, it was observed that the Insurance Company cannot be held liable to pay any amount of compensation, but the claimants can receive a lump-sum compensation of Rs. 1 lakh at the most and at the best.

The written declaration claims that the deceased was not a third party and hence cannot seek compensation from his own insurance carrier. It is further claimed that the claim is unsustainable because the dead was the driver of the tractor involved in the accident.

It is also claimed that the dead was not the owner-driver, but rather the son of the owner, and that he had a legal and effective driver's licence at the time of the accident.

As a result, the claim petition deserved to be dismissed with costs against opponent No. 2.

Court observed that the Motor Vehicle Act was a beneficial legislation for providing relief to victims and their families, emphasizing the 'just and fair' element of the compensation.

Furthermore, the Tribunal noted that a copy of the insurance policy on file clearly shows that a premium of Rs.25/- was paid under Clause of IMT-28 towards legal liability of driver and the same was not controverted by the Insurance Company.

“Therefore, I found that there is reason to believe that the insurance company has accepted the premium under Clause IMT-28 of Rs. 25/- as per the policy available on the record of the Tribunal. The pleadings and proof in motor accident claims petition should be considered liberally and more particularly when the documentary evidence produced on the record, was not challenged by the other side and has exhibited by the Tribunal,”, said the Court.

The court relied on Valiben Laxmanbhai Thakore (Koli) Wd/O. Late Laxmanbhai Ramsingbhai Thakore (koli) and others vs. Kandla Dock Labour Board and Anr. [2021 (4) GLH 77] where it was held:

“The High Court, therefore, is clearly wrong in stating that it was necessary under Section 163A to prove that somebody else was driving the vehicle rashly and negligently, as a result of which, the death of the victim would take place.”

Owing to these precedents, the High Court did not exonerate the insurance company from liability under Section 163-A and 147 of the MV Act.

Accordingly, the Court allowed the appeal partly and directed the insurance company to grant compensation worth INR 3,30,900 with 9% interest per annum.

“Insurance company is liable to pay the compensation to the claimants under section 163-A of the Motor Vehicle Act, 1988 and also in view of Section 147 of the Motor Vehicle Act, 1988, the insurance company is bound to pay the amount of compensation to the claimants. Therefore, on the finding recorded by the Tribunal regarding exonerating the Insurance Company from the liability to pay the compensation is found erroneous and also against the settled position of law as in the claim petition u/s 163-A of Motor Vehicles Act, 1988, only use of motor vehicle is required to be established and therefore, the finding given in para-7 of the judgement is required to be interfered with by this Court.” The order stated.

8. With the above observations, the following order is passed:

8.2 It is ordered that Respondent No. 2 Iffco Tokio General Insurance Co. Ltd. is also liable to pay the compensation of Rs.3,30,900/- with 9% interest per annum along with Respondent No. 1.

8.3 Respondent No. 2-Insurance Company is directed to deposit the awarded amount of Rs.3,30,900/- with 9 % interest per annum from the date of application before the concerned Tribunal within six weeks from the date of receipt of this order.

8.4 On receipt of such awarded amount, the Tribunal is directed to pay the amount to the claimants, after following due procedure, by way of account payee cheque.