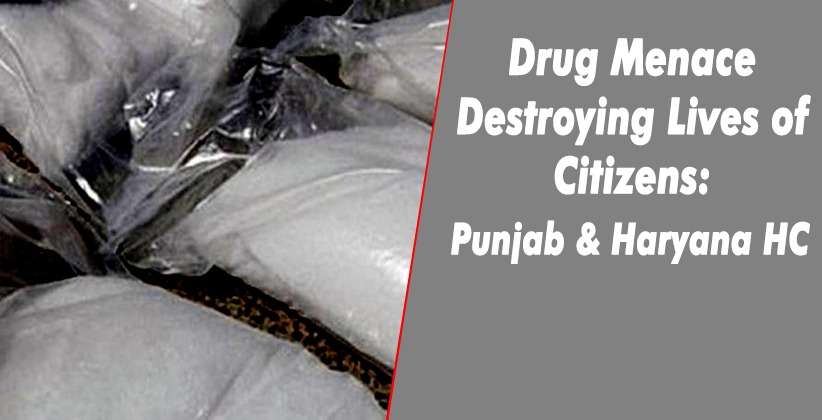 The Punjab & Haryana High court was observing a bail request of a co-accused, Parmila of Rewari resident who was involved in a case for possession and sale of an illegal drug like cannabis. Another accused named Rahul was also booked under the same charge who stated that the same contraband has been sold to him by the petitioner.

Both the accused were booked under section 20 (b) of narcotics drugs and psychotropic substances act, 1985. Denying all the allegations, the petitioner argued before the court that she has been wrongly dragged and implicated to the case and no such illegal substances have ever been sold by her to the drug peddler.

The single bench headed by Justice Harsimran Singh Sethi observed the bail plea and also considering all the facts of the custodial interrogation denied the bail plea indicating that as the banned substances have been recovered from the accused, bail request cannot be granted in such as the police need to investigate further regarding all the facts and connection of the accused in keeping and selling the banned substances. The court needs all the conclusive evidence to ahead further.

"The role of operators, who are working from behind the scene, also needs to be brought out as they are the actual offenders and for that purpose custodial interrogation of the petitioner is a must."

"The lives of the citizens are being destroyed due to the selling of these banned substances. There is an alarming spike in the number of people buying and selling these contrabands in the country, which needs to be controlled in an effective manner so as to minimize the said offense.