Home Judiciary We Are Like Swiggy, Only Deliver Drugs: E-Pharmacies Claim In Delhi HC
Judiciary

We Are Like Swiggy, Only Deliver Drugs: E-Pharmacies Claim In Delhi HC 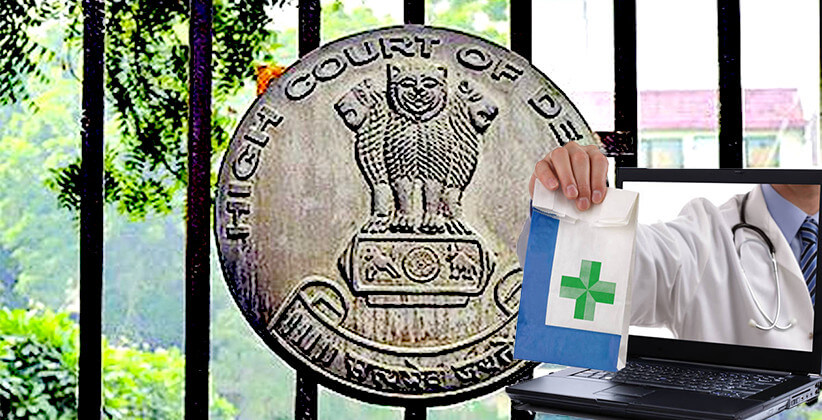 E-pharmacies on July 4, 2019, told the Delhi High Court that they are only delivering the medications akin to food-delivery app Swiggy and that they do not require a license for online sale of drugs and prescription medicines as they do not sell them.

The e-pharmacies made the submission before a Bench of Chief Justice D.N. Patel and Justice C. Hari Shankar while it was hearing a plea seeking contempt action against the e-pharmacies for continuing to sell drugs online despite a High Court order staying such activity.

In its defense, the central government, told the court that framing of rules to regulate e-pharmacies was under consideration and consultations were being held with all the stakeholders.

Several of the e-pharmacy companies and the Centre also sought time to file their response to the contempt plea.

Subsequently, the Bench granted them time till September 24, 2019, the next date of hearing.

The contempt plea was moved by Zaheer Ahmed who had earlier moved a PIL seeking a ban on “illegal” sale of drugs online.

Ahmed, in his plea, had said that the online illegal sale of medicines would lead to a drug epidemic, drug abuse and misutilisation of habit forming and addictive drugs.

The PIL said that since there was no mechanism to control the sale of medicines online, this puts health and lives of people at a high risk and affects their right to a safe and healthy life under Article 21 of the Constitution of India.

“Online pharmacies are operating without a drug licence and cannot be regulated in the present regime. Unregulated and unlicensed sale of medicines will increase risk of spurious, misbranded and sub-standard drugs being sold,” the plea said.

Pursuant to the PIL, the High Court stayed the sale of drugs and prescription medicines by online pharmacies.