Contempt Actions will be taken against persons indulging in black-marketing of essential drugs and equipment for COVID treatment: Delhi High Court 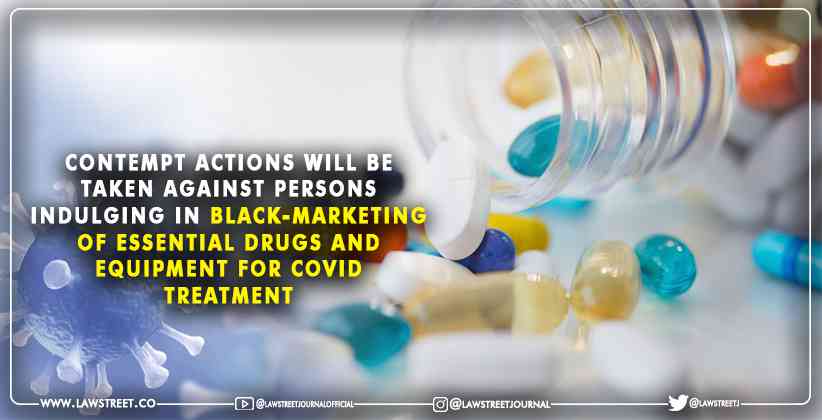 As the national capital, grapples with an ever-increasing number of covid cases and related deaths, seasoned vultures motivated to earn an extra buck have started to circle over whatever little of the essential equipment and drugs are left in Delhi. In the wake of an extreme paucity of resources in the city, people have started to withhold the resources to black-market them.

Taking note of the deteriorating situation, a division bench of Delhi High Court comprising Justice Vipin Sanghi and Justice Rekha Palli directed the Delhi Police to book persons who are hoarding drugs and equipment and bring them to the notice of the Court. The court will take contempt action against such persons who are black-marketing essentials drugs and equipment.

The Court also directed the Delhi Government and Delhi Police to make helpline numbers as widespread among citizens as possible, enabling the citizen to have their grievances of malpractices pertaining to the sale of essential drugs and equipment addressed by a proper authority.

The directions were given by the bench in a special sitting held to hear an urgent application filed by the Central Government seeking recall of the order passed by the bench on May 1st, 2021.

The order directed the Central government to deliver 490 MT of Oxygen to Delhi, failing which the court will take contempt action against the Central Government. With respect to the recall application, the Court has issued a notice to the Delhi Government seeking its response by Tuesday, May 4th, 2021.