Even a Trespasser in Established Possession Can Obtain Injunction: Supreme Court 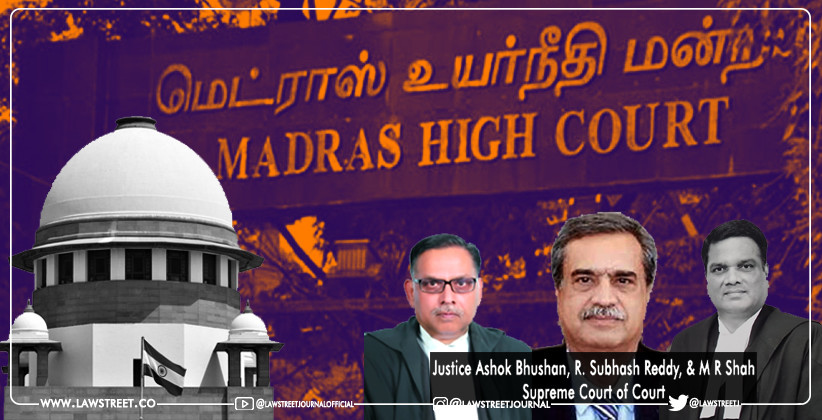 Judiciary Feb 20, 2021 Gautami Chakravarty ( Editor: Ekta Joshi ) 2 Shares
2 Shares
The Supreme Court while upholding the Madras High Court Judgment observed that a trespasser who is in established possession of the property can obtain injunction.

The bench comprising of Justice Ashok Bhushan, R. Subhash Reddy and MR Shah observed that the  plaintiff cannot find for a bare permanent injunction without seeking a prayer for declaration will not apply when the plaintiff's possession over the property is 'admitted and established'.

"We do not find any error in the view of the High Court and the suit for injunction filed by the plaintiff deserved to be decreed on the basis of admitted and established possession of the plaintiff", the court observed while dismissing the appeal.

The Plaintiff had filed a suit seeking injunction simplicitor. He sought a permanent injunction interdicting the defendants from disturbing the peaceful possession and enjoyment of the plaintiff over the suit property. The suit of the plaintiff could not have been decreed merely on the fact that the defendants failed to prove their title and possession, it was contended.

Examining the pleadings, the bench observed that the defendant of the suit, Subramanian had earlier filed a suit for recovery of possession and declaration for the same property and the same was dismissed and that in his cross-examination himself admitted that the plaintiff after purchase had demolished the construction.

The main issue raised by the defendant before the Supreme Court was that the plaintiff could not have sought for a bare permanent injunction without seeking a prayer for declaration.  The Madras High Court was of the view that a bare perusal of the plaint would demonstrate that the plaintiff has not narrated anything about the title dispute obviously because of the fact that in the previous litigation, DW1 failed to obtain any relief. He sought a permanent injunction interdicting the defendants from disturbing the peaceful possession and enjoyment of the plaintiff over the suit property.