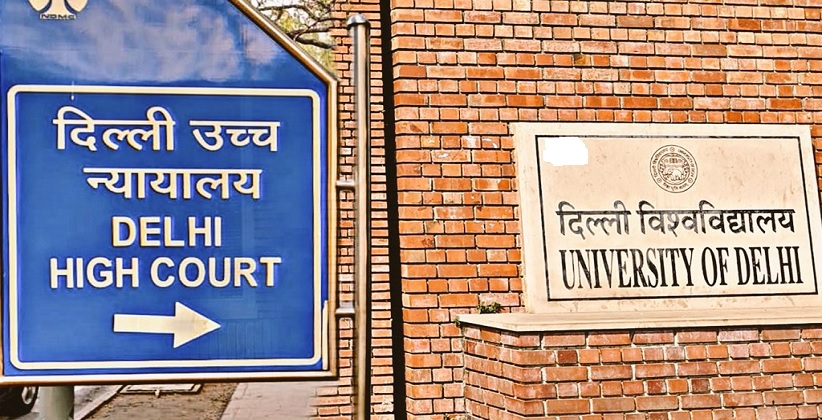 Delhi High Court gave orders to the Delhi University to expedite the evaluation process for answer sheets. The HC gave the order while hearing the case of Prateek Sharma and Anr versus the Union of India and anr. The HC said to Delhi University to send a letter to the Principles of the colleges affiliated to the Delhi University emphasizing the importance and above all the urgency of the matter. The court said, “It is directed that in the meantime, Delhi University shall forthwith issue letters to the Principals of all the colleges affiliated with the University emphasizing inter alia the urgency of the matter and requesting that the evaluation of answer sheets be expedited so that the results can be declared in respect of the final year under Graduated students preferably by the first week of October 2020”.

The HC said was been informed that DU has received 900 request applications seeking comfort letters to be sent explaining the cause for the delay in results. Till now 292 e-mails have been sorted out; while 277 e-mails are related to final year UG students who are going to foreign universities whereas 15 e-mails relate to the final year PG students who propose to travel abroad for further studies. The HC said, “We have been informed that pursuant to our order, a Notification dated 10.09.2020 was issued by the Delhi University, calling upon final year UG and PG students who propose to seek admission in foreign universities for further studies, to apply to the university for seeking their results, about 900 e-mails have been received”.

The Delhi High Court bench comprising of Justice Hima Kohli and Justice SubramoniumParasad further ordered the DU to address issues with foreign universities only because as far as the Indian universities are concerned the University Grants Commission (UGC) has already directed the Universities to not to ask results from the students seeking admission in Post Graduate courses until they receive a revised an academic plan. For the final year postgraduate students who submitted their request through e-mail for declaration of result as they seek admission in a foreign university the court ordered that “The said results shall be uploaded on the web portal of the Delhi University by the morning of 28.09.2020 on the University letterhead and be digitally signed by an authorized official, without inserting aby riders that the said results are provisional in nature. The students will be at liberty to download the results from the web portal of the Delhi University”.

For undergraduate students seeking admission in foreign universities, the court said that a comfort letter should be prioritized and sent on the basis of the cut-off dates prescribed by the foreign universities and the format of the letter to be decided by the Grievance Redressal Committee.