While acquitting an accused in a POCSO (The Protection of Children from Sexual Offences) case the Patna High Court pointed out that the proof of the prosecutrix’s approximate age cannot replace the proof of exact age.

On appeal, the High Court asked that whether the prosecution has proved reasonable doubts that the victim was under 18 years of age at the time of the physical relationship with the appellant to bring a claim under the clause 'sixthly' of Section 375 of the Indian Penal code.

Further, for reference, the court cited two judgments of the Supreme Court, namely. Sunil v. state of Haryana reported in AIR 2010 SC 392, State of Madhya Pradesh v. Munna @ Shambhoo Nath reported in (2016) 1 SCC 696, which concluded that the evidence on the approximate age of the victim is insufficient to conclude on the exact age of the victim.

In Jarail Singh vs the State of Haryana reported in 2013 CRI. L.J. 3976 it was held that the age of rape victims should be determined by rule 12 of Juvenile Justice (Care and Protection of Minors) rules 2007, there is no difference as regards minority between the child in conflict with the law and the child who is a victim of crime.

“Thus, it is evident from a perusal of Rule 12 above that only in absence of the school documents, other evidence is permissible to determine the age of the juvenile victim. In this case, the mother of the victim (PW-3) has said that the victim was a student of Class-VII. Therefore, a school document of the age of the victim was there which was deliberately not brought on the record by the prosecution. Even the report of ossification / radiological test was not produced to have the opportunity for the defense to cross-examine the experts regarding scientific method adopted by them while performing such examination. Therefore, the evidence of the exact date of birth of the victim which was available with the prosecution was not brought on the record and the evidence of approximate age cannot take the place of proof of exact age. Once the prosecution failed to prove that the victim was below 18 years of age, the above-discussed evidence of her consent assumes importance. As noticed above, the victimwas in consensual relationships with the appellant. Therefore, charge under Section 376 IPC and 4 of the POCSO Act fails."

Allowing the appeal, the court also noted that there is no prosecution case that the minor was induced to have illegal sexual relations. Therefore, it is also illegal to convict the defendant under section 366A of the Indian Penal Code.

Legal Insiders Jul 22, 2021 Kartikey Garg ( Editor: Ekta Joshi ) 5 Shares
5 Shares
On Monday (July 19th, 2021), in a Full Court meeting, the Patna High Court conferred senior designation on 16 advocates. Advocate Nivedita Nirvikar is the only woman on the list who has been named a Senior Advocate. According to the High Court of Judicature of Patna (Designation of Senior Advocates) Rules, 2019, the designations were thus conferred.The names of the following advocates who have been designated as "Senior Advocates" are listed in the notice issued by the Registrar General of the...
Read full post 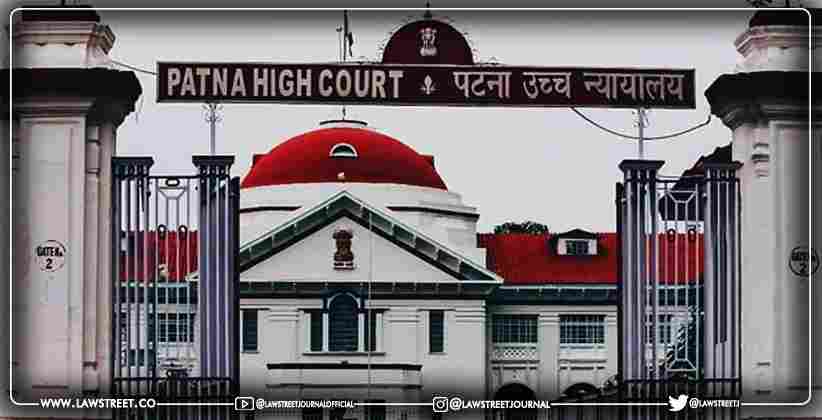 Judiciary Jun 26, 2021 Athira Nair ( Editor: Ekta Joshi ) 8 Shares
8 Shares
The Patna HC has set aside the reference order of the trial court which was regarding the confirmation of death sentence in connection to a dowry death case. Patna HC states that one must learn how to not write judgements. This particular judgement from the trial court is an example. The HC observed that the trial court should have avoided the “sweeping and disparaging remarks” made in its judgement with regards to the conduct of the accused people. The bench consisted of Justices...
Read full post