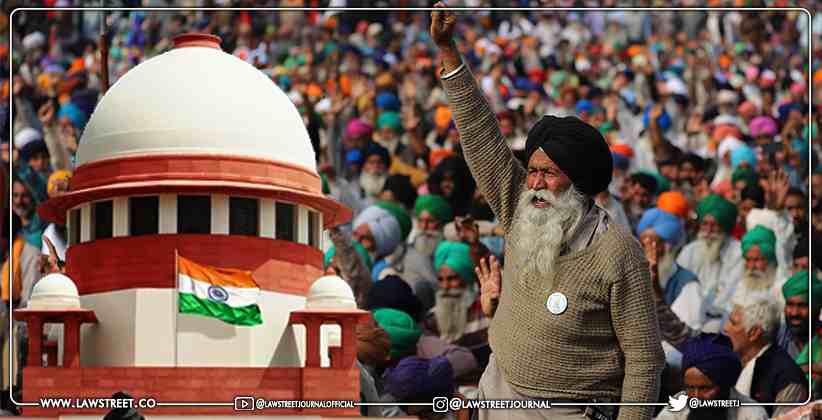 The Supreme Court issued a notice on Monday ( October 4, 2021), to 43 leaders of farmer organizations who are leading protests against the three contentious farm laws passed by the Parliament last year.

The State of Haryana had filed an application to add 43 farm leaders as additional respondents to a writ petition filed by a Noida resident in response to a road blockade at the Delhi-NCR border as part of the farm protests.

A bench of Justices Sanjay Kishan Kaul and MM Sundresh issued the notice on Haryana's application to the proposed new respondents and scheduled the petition for hearing on October 20, 2021.

Leaders such as RakeshTikait, Yogendra Yadav DarshanPal, Gurnam Singh, and others are among the 43 people sought to be added by the State of Haryana.

Tushar Mehta, Solicitor General of India, appeared for the State of Haryana and stated that the State had formed a committee to hold talks and that the protest leaders had refused to attend a meeting that had been called.

"Let notice be given so that they don't say they had no reason to come," the Solicitor General proposed.

The court agreed to issue a notice.

While hearing the petition on September 30, 2021, Justice Kaul made several critical remarks about the road blockade. Because highways cannot be blocked indefinitely, Justice Kaul suggested that redress be sought through judicial forums or Parliamentary debates rather than street protests. The case was adjourned by the bench after the Solicitor General requested more time to implead the farmers' organizations.

"Redressal can be obtained through judicial forum agitation or parliamentary debates, but how can highways be blocked, and this cannot be a perpetual problem," Justice Kaul observed.

Later, the Haryana government filed an application to appoint 43 farmers' organizations and protest leaders such as RakeshTikait, Yogendra Yadav DarshanPal, GurnamSingh, and others.

Previously, the bench stated that the Union and the governments of Haryana, Delhi, and Uttar Pradesh must find a solution to the road blockade.

The above stated matter came to the fore after Monicca Agarwaal, a resident of Noida, filed the PIL, alleging that travelling to Delhi from Noida for her marketing job had become a nightmare, taking 2 hours instead of 20 minutes for two weeks. 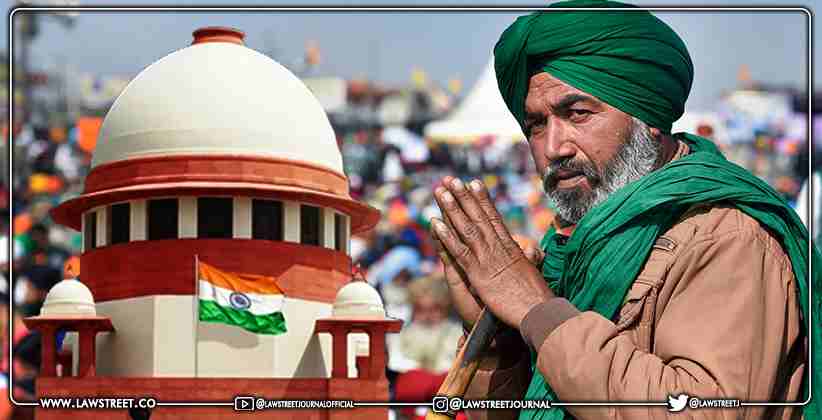 Crime, Police And Law Oct 18, 2021 Tamanna ( Editor: Ekta Joshi ) 15 Shares
15 Shares
Following yesterday's (October 15,2021) lynching of a Dalit man at the farmers' protest site at Singhu Border, an application has been filed with the Supreme Court seeking an urgent hearing of their writ petition seeking the removal of Farm Law protestors.The plea filed by Swati Goel and Sanjeev Newar also requests that the Centre issue guidelines to the States and Union Territories prohibiting all types of protests in their respective states until the pandemic is over.The application states,...
Read full post 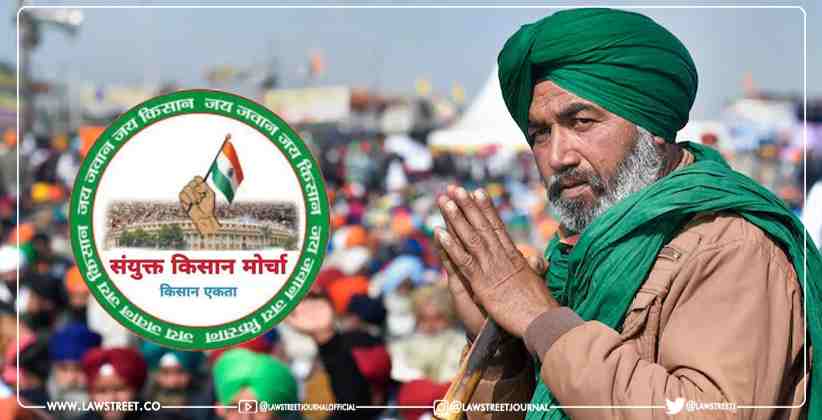 News Updates Oct 08, 2021 Lawstreet News Network ( ) 5 Shares
5 Shares
At the designated time of 10am, as per the summons issued to Ashish Mishra to come to the Crime Branch Office in Police Lines in Kheri, there is no trace of Ashish Mishra. News reports indicate that he is changing locations and is absconding, with several UP Police teams searching for him.Samyukt Kisan Morcha expresses its serious concern and shock at no arrests having been made of Ashish Mishra, Sumit Jaiswal, Ankit Das and other accomplices involved in the Lakhimpur Kheri Farmers Massacre....
Read full post