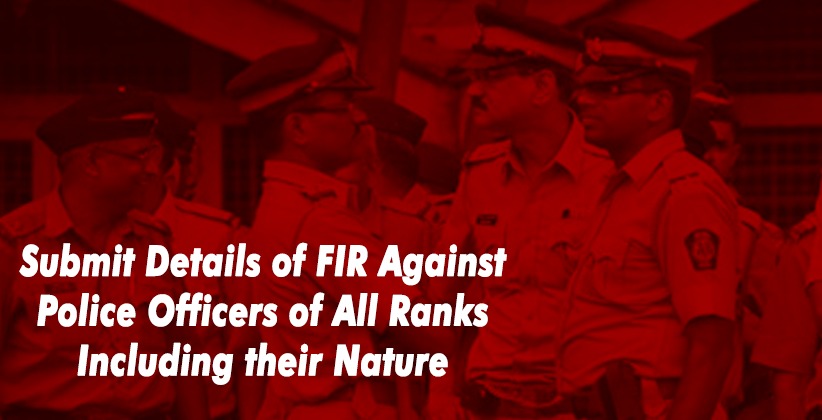 Judiciary Oct 31, 2020 Pavitra Shetty ( Editor: Ekta Joshi ) 5 Shares
5 Shares
On 28th October 2020, The Punjab and Haryana High Court asked for details of the FIRs registered against the serving police officers of all rank in the State of Punjab including their nature.

The cause of action arose when the petitioner in the case contended that the order dismissing him from the service was passed by Senior Superintendent of Police, Moga without considering the order passed by the Inspector General of Police, Ferozepur Range, on November 23, 2018, whereby the petitioner had been reinstated in service after registration of FIR against him.  He argued before the Court that although he has been dismissed from service upon registration of FIR against him, there are a large number of police officers in the State of Punjab who is continuing in service despite registration of criminal cases against them. 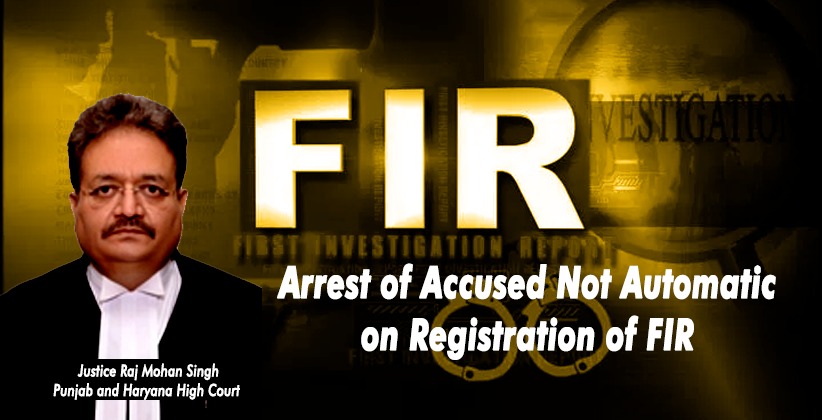 Judiciary Oct 31, 2020 Twinkle Agarwal ( Editor: Ekta Joshi ) 9 Shares
9 Shares
The single bench of the Punjab and Haryana High Court comprising of Justice Raj Mohan Singh held that registration of FIR and arrest of a person are not at all connected. One can register an FIR to inform about the commission of a serious offence but this does not mean that the police officer has the power to arrest on the basis of FIR. The officer in charge has to make an investigation into the matter and find out whether the complaint was fair and if it finds anything only then the police...
Read full post