FIR can be quashed if there is abuse of process of law: SC 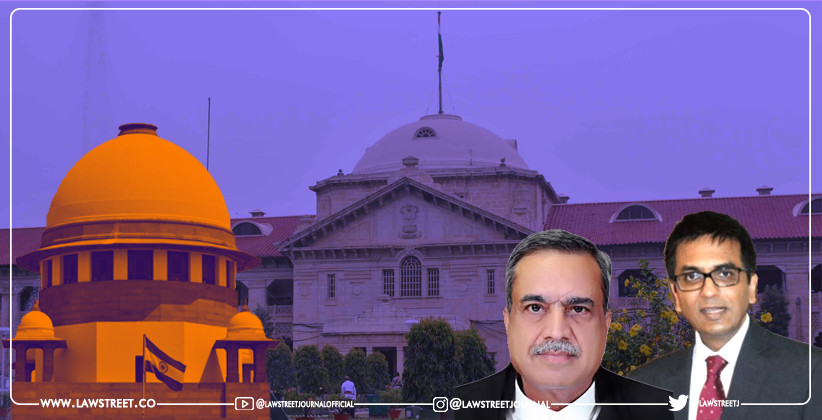 Judiciary Mar 03, 2021 Namya Bose ( Editor: Ekta Joshi ) 12 Shares
12 Shares
A High Court can quash an FIR, invoking the power given under article 226 of the Indian Constitution, if it is found to be abusive to the due process of law- observed the Supreme Court.

The Allahabad High Court dismissed a writ petition which was made by the accused, for quashing of the FIR which was registered under Section 420 and 406 of the Indian Penal Code, 1860. Justices DY Chandrachud and MR Shah, allowed the appeal observing that Article 226 was designed to make sure that criminal proceedings don’t degenerate into system of harassment.

“If the subsequent FIR is an abuse of process of law and/or the same has been lodged only to harass the accused, the same can be quashed in exercise of powers under Article 226 of the Constitution or in exercise of powers under Section 482 Cr.P.C. When the Court is satisfied that criminal proceedings amount to an abuse of process of law or that it amounts to bringing pressure upon accused, in exercise of inherent powers, such proceedings can be quashed. As held by this Court in the case of Parbatbhai Aahir v. State of Gujarat (2017) 9 SCC 641, Section 482 Cr.P.C. is prefaced with an overriding provision. The statute saves the inherent power of the High Court, as a superior court, to make such orders as are necessary (i) to prevent an abuse of the process of any Court; or (ii) otherwise to secure the ends of justice. Same are the powers with the High Court, when it exercises the powers under Article 226 of the Constitution.

The Court on observation found to believe that the original FIR was an “abuse of process of law”. The bench added, “When the impugned FIR is nothing but an abuse of process of law and to harass the appellants-accused, we are of the opinion that the High Court ought to have exercised the powers under Article 226 of the Constitution of India/482 Cr.P.C. and ought to have quashed the impugned FIR to secure the ends of justice”

Another contention in the complaint with regard to section 156(3) Cr.P.C. was rejected by the Court saying, the Cr.P.C. allows for a complaint case, enquiry and trial as well as on by the police pursuant to the FIR.