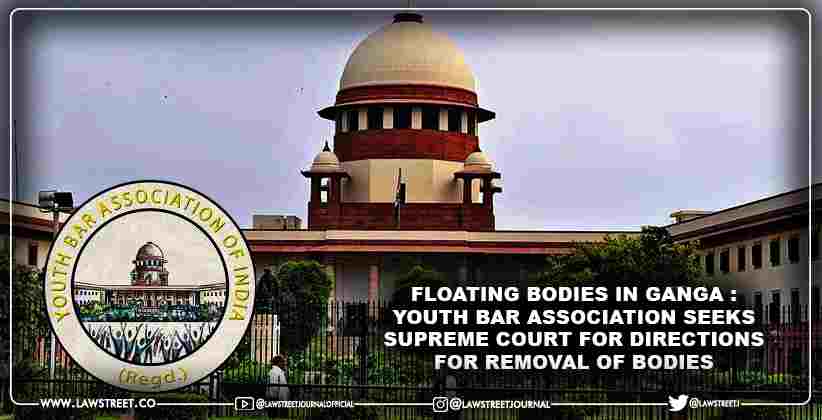 The Youth Bar Association of India filed a plea before the Supreme Court seeking directions for removal of dead bodies in Ganga and steps for ensuring "no one is allowed to throw bodies into any river" as it may cause environmental hazards.

The plea further prays for Standard Operating Procedure (SOP) to be formulated for the proper cremation of dead bodies as per rituals.

Filed after the observation by Bench led by Justice DY Chandrachud's, about the incident in Balrampur, Uttar Pradesh, wherein a dead body was thrown by two persons into the river, during the Suo Moto COVID case on floating dead bodies in the river, thee plea seeks for the proper method as per rituals and custom. The plea also points out the rights of a dead person.

The Right of a dead person

There is no specific law in India, which protects the rights of the dead person, but this Hon'ble Court in the case of Parmanand Katara v. Union of India, had recognized the Right to Life, fair treatment, and dignity, derived from Article 21. In this landmark case, the Supreme Court Of India recognized that the right to life, to fair treatment and dignity, extends not only to a living person but also to their bodies after death.

The plea also seeking attention,   SOP for the cremation /bury of dead bodies as per ritual and custom

"In both natural and unnatural deaths, i.e. suicide, accident, homicide, etc., it is the State which is vested with the duty to protect the rights of the rights of the deceased and to prevent the crime over the dead bodies. It is also required that the State Governments and Union Government must prepare a SOP in the consultation with all the stakeholders so that dignity of the deceased is protected, " it states.

The Plea refers to the guideline of the Human rights commission issued on May 14 th 2020 pertaining, to the Handling of dead bodies seeks for the institution same.  also pointed the holly nature of Ganga and submitted about the problems including environmental and health due to the situation. InIn light of the problem plea seeking for the reaction to state and central government for taking measurement for the removal of dead bodies in Ganga with dignity, and to ensure and to ensure that no one is permitted to throw the bodies into the river.

Recently, another plea was filed before the Supreme Court seeking directions for the constitution of a three-tier committee at Centre, State, and Panchayat level to look after the disposal of bodies with dignity, and to declare the Ganga river bed an ecologically sensitive area, to be protected and preserved.

The horrifying visuals of dead bodies floating in the muddy waters of the Ganges or buried in the ashen banks of the country’s holiest river show and disturbing reality of how India has dealt with the second wave of the pandemic.