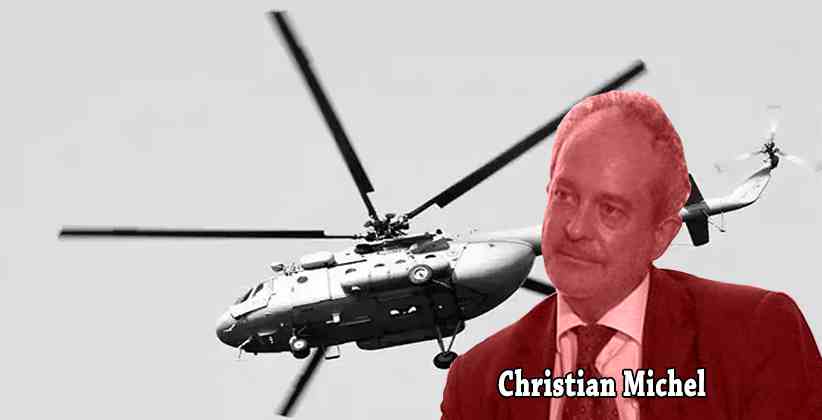 A special Delhi based Central Bureau of Investigation (CBI) court on 24th February, 2020 dismissed the application filed by Christian Michel who has been accused in the Augusta Westland scandal of 2013 that sought the permission for allowing legal interviews with his foreign lawyer. The accused is being probed by the Enforcement Directorate (ED) and Central Bureau of Investigation in the case of VVIP chopper scam.

The CBI court held that the Delhi Prision Rules of 2018 permits only legal practitioners within the purview of Advocates Act 1961 in order to have legal interviews with the prison inmates. The Supreme Court's ruling in Bar Council of India v AK Balaji(2018) stated that foreign lawyers are not entitled to have litigation or non litigation practice in India was referred here by the CBI court.

"It is clear from the bare reading of aforesaid rules that Legal Practitioners registered under the Advocates Act, 1961 are permitted to meet the accused/ have legal interviews as per the aforesaid Jail Rules. So far as foreign lawyers are concerned, the Advocates Act, 1961 do not recognize or permit foreign lawyers to practice in India in the litigation side. The aforesaid rules make it clear that foreign lawyers are not entitled to have legal interviews with the inmate/prisoner of Tihar Jail, as legal Advisor," said Special CBI judge Arvind Kumar of Rouse Avenue Courts in the order.

Pertaining to the application, Michel had sought permission to allow consultation with an Italian lawyer named Ms. Rosemary Patrizzi and stated that it was necessary for conducting the cases which he was facing in foreign jurisdictions. And further implied that Michel is already being represented by three Indian lawyers - Advocates Sriram Parakkat, MS Vishnu Shankar and Nayan Maggo.

The Court also noted that no details of cases pending outside India regarding which the accused wanted to have discussion with the foreign lawyer were mentioned in the application therein.

The Enforcement Directorate arrested Michel following his extradition from Dubai in December 2019 and has been in custody ever since.

The CBI court has allowed Rosemary Patrizzi to meet Michel in the capacity as a friend as per jail rules. She was already given the permission to have a friendly meeting once on February 12th, 2019.