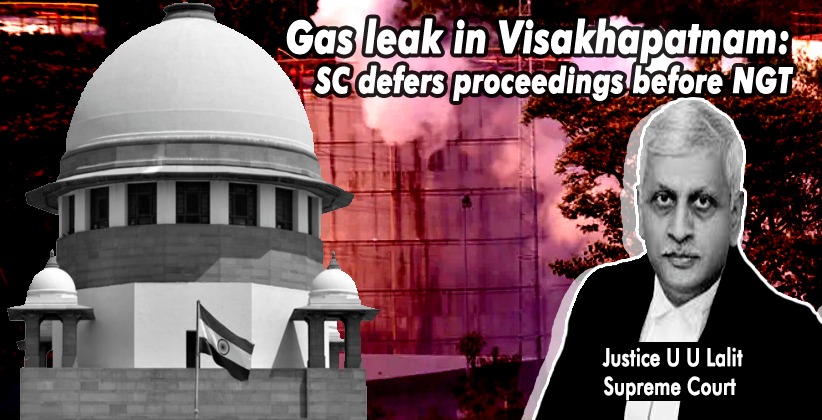 Judiciary Oct 31, 2020 Jishu ( Editor: Ekta Joshi ) 4 Shares
4 Shares
The Supreme Court on Thursday (October 29, 2020) deferred the proceedings before the National Green Tribunal in connection with the Visakhapatnam chemical factory gas leak incident in which 11 people were killed and 1,000 exposed to it.

A bench headed by Justice U U Lalit also granted LG Polymers 10 days' time as the "last opportunity" to file its objections to the report of a joint monitoring committee which was uploaded on the NGT website on May 23. "Considering the fact that this court is now seized of the matter, we request the NGT to defer the hearing till the next order of this court," the bench said.

Senior advocate Mukul Rohatgi, appearing for the company, said the company could not file its response to the report of the committee due to several unexpected reasons. Earlier, the top court had restrained the Andhra Pradesh government and the NGT from disbursing the compensation amount of Rs 50 crore, deposited by LG Polymers India Ltd, among victims of the gas leak. The South Korean firm, in its plea before the Andhra Pradesh High Court, had sought access to the plant, permission to clear "finished products lying in the plant" and access to original records lying in a sealed condition so that it can respond to queries of various committees probing the gas leak. It has also challenged the order of the NGT taking suo motu (on its own) cognizance of the gas leak incident. The NGT has ruled that it has "power and jurisdiction to take suo moto cognizance in respect of environmental issues" and later directed that the amount of Rs 50 crore be appropriated towards part liability and interim compensation. On May 8, the NGT had imposed an interim penalty of Rs 50 crore on the firm and sought responses from the Centre and others in the gas leak incident, saying "there appears to be a failure to comply with the said rules and other statutory provisions". The top court, on May 26, had allowed LG Polymers India Ltd to send its 30 employees to maintain "round-the-clock safety measures" at its sealed plant in Visakhapatnam, Andhra Pradesh. It was hearing the appeal of LG Polymers against the May 22 order of the Andhra Pradesh High Court directing that "the premises of the company shall be completely seized and no one is allowed to enter into the premises including the directors of the company". The high court had said that nobody, except the members of the committees appointed by the state government, will be allowed to visit the plant and it also ordered that the directors of the firm will not leave the country without its nod. While permitting the firm to send its employees inside the plant, the apex court had considered the submissions of the company that the complete sealing of the plant will have "tremendous adverse consequences and impact" as technical members of the firm were required to be there to ensure that the temperature of the plant does not go beyond 25 degree Celsius, which is necessary to maintain safety standards. A total of 12 people, including a minor, were killed when styrene vapors leaked from the LG Polymers plant on May 7, while several hundred fell ill after inhaling the poisonous chemical at R Venkatapuram near Visakhapatnam. The apex court, on May 19, had asked LG Polymers India to approach the NGT to raise the issue regarding setting up of multiple committees to probe the May 7 gas leakage from its plant in Visakhapatnam. The NGT had set up a five-member committee, headed by former Andhra Pradesh High Court judge Justice B Seshasayana Reddy, to probe into the incident in the plant and submit a report before May 18. 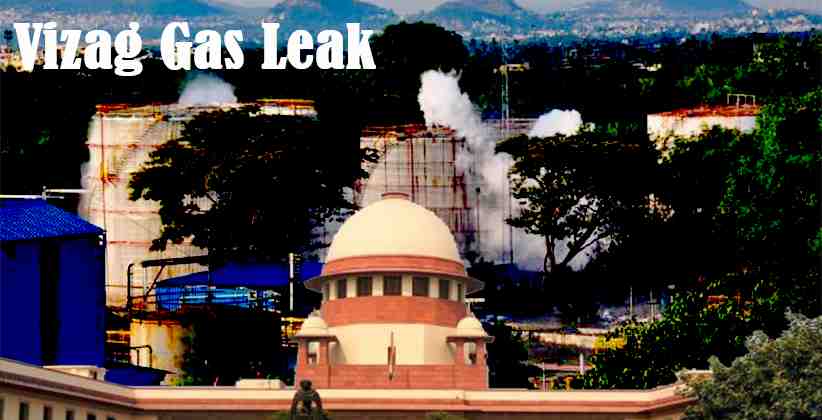 Judiciary May 27, 2020 Priyam Jain ( Editor: Ekta Joshi ) 3 Shares
3 Shares
Earlier the Supreme Court had agreed to permit 30 persons from LG Polymers access to a chemical plant where the Vizag Gas Leak tragedy took place on the 7th of May. Similarly, an appeal was filed by the company before the Supreme Court against the NGT Order which directed for the deposit of 50 crores by the company and the forming a committee to inquire into the tragedy. Mohan M. Shantanagoudar, UU Lalit, and Vineet Saran comprising the Bench heard the matter and directed the petitioner to...
Read full post 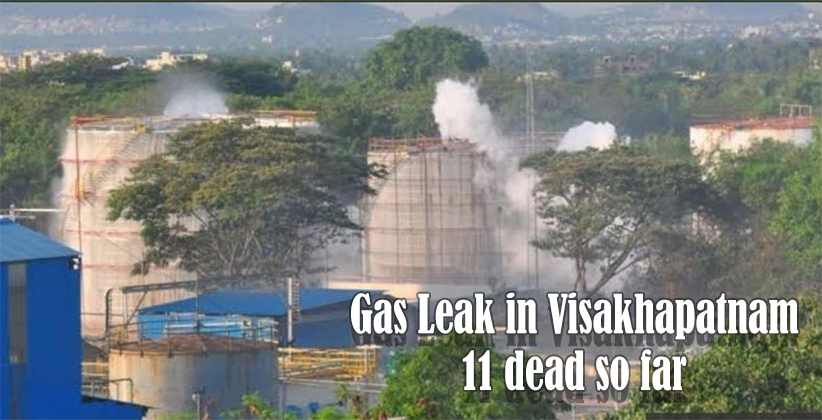 Crime, Police And Law May 07, 2020 ANJALI SHAW ( Editor: Ekta Joshi ) 5 Shares
5 Shares
A major accident occurred due to a gas leak at a plastic factory in Visakhapatnam, Andhra Pradesh this morning. So far 11 people have died in the gas leaking accident. This incident of gas leakage occurred in a factory in the PR Venkatapuram village in Visakhapatnam. At least seven people, including a child, have died after a styrene (Styrene) gas leak in LG Polymer Industry. According to the Director-General of NDRF, 800 people are currently hospitalized, and 5000 people are ill. After...
Read full post