"Gautam Gambhir has Done Disservice; Even with Best of Intentions they are Malpractices": Delhi HC Directs Drug Controller to Investigate Hoarding of Covid Drugs 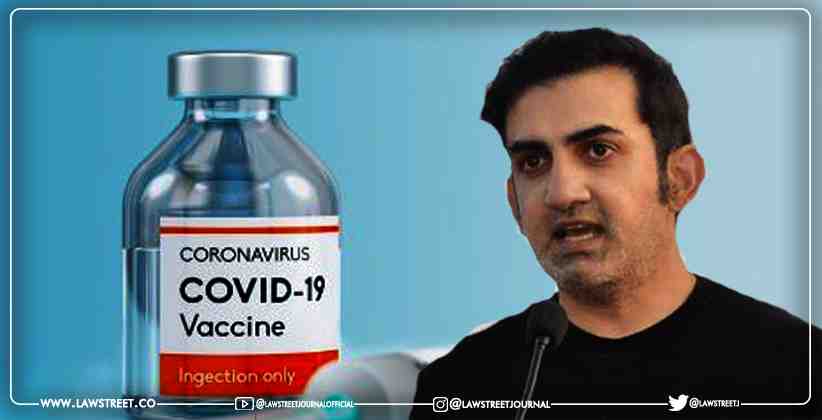 The Delhi High Court on May 24, 2021 directed the Drug Controller of Delhi to look into the procurement and distribution of FabiFlu by Member of Parliament from the Bhartiya Janata Party (BJP) Gautam Gambhir and asked for necessary action as per law (Dr. Deepak Singh v. Union of India).

A division bench including Justices Vipin Sanghi and Jasmeet Singh was hearing a public interest prosecution (PIL) demanding for filing of a first information report (FIR) over the charges that politicians could procure in huge quantities and distribute Covid-19 medicines even as groups of patients were running from one place to another to get the medications.

The bench said Gambhir, who addresses East Delhi in the Lok Sabha, probably did it with best of intentions yet he was aware that the medicine was in short supply. "Is that responsible conduct? Should he not have realized that medications are in lack for other people. He even has a few stocks now. This implies that when individuals were running helter- shelter, he was having it in excess. When individuals were not getting medications, should he not have thought about this? Numerous individuals have suffered because of this. This was no way”, the court said.

The court stated that on May 7, 2021, the Delhi Police was directed to investigate the alleged hoarding of oxygen cylinders even as it refused to direct the Central Bureau of Investigation (CBI) to probe the case acting on a plea by a person, Deepak Singh.

Delhi Police cleared nine politicians, including Gambhir, Indian Youth Congress (IYC) president BV Srinivas, as well Dilip Pandey of the Aam Aadmi Party (AAP), in its preliminary investigation report for alleged hoarding of oxygen cylinders, as well as other essential medicines during the second wave of the coronavirus pandemic.

The bench stated that, “We would like you to tell us what inquiry you have done. We are not going into other things because the material is not clear. Here a clear case is made out. We want you to tell us what action can be taken against such people, everyone in the chain.”

The bench also added that, “We want to pursue this only concerning Fabiflu. Otherwise, it will be a witch hunt. We want to see the prescription of the doctor and thoffenceses that are made out and to take actions accordingly.”

The seat further said three cases of Gambhir, the AAP's Preeti Tomar, and AAP MLA Praveen Kumar deserve to be asked by the drug controller of Delhi. It is also disclosed that said 2862 strips were bought from an authorized seller.

"The angle which should be inspected is that how a huge quantity of medication was given by the approved seller against one prescription dated April 18 especially when the said medication was in grave short supply at this point of time."

The bench again added that, "We can take legal note of this angle as we have been hearing these issues for some time. It would also require investigation concerning how these drugs which were bought from retail were given to the patients by Manish Garg or the Garg Hospital."

It additionally added that since the activities are infringing upon the Drug Controller Act, let all the material gathered by Delhi Police be given to them. The Drug Controller will take important question/examination and file a status report."

The court further noticed that, "Status Report ought to show the provisions violated and the people liable thereof. Additionally, about Praveen Kumar and Preeti Tomar, we have examined the report for their alleged conduct of clinical oxygen, same exercise for them also and remember it's discovering for the SR to be filed within seven days.”

It additionally requested Delhi Police to share significant material with the drug controller. "We direct the law department of the Delhi government to ensure that necessary professional skill is given to the drug controller to complete their obligations," it stated.

Gambhir, on his part, has denied the charges. He said the Gautam Gambhir Foundation had coordinated a free clinical camp between April 22 and May 7 to give help to individuals suffering from Covid-19. The cricketer-turned-politician said that the camp was coordinated by a doctor, who had volunteered his services.

The matter will now be considered on May 31.