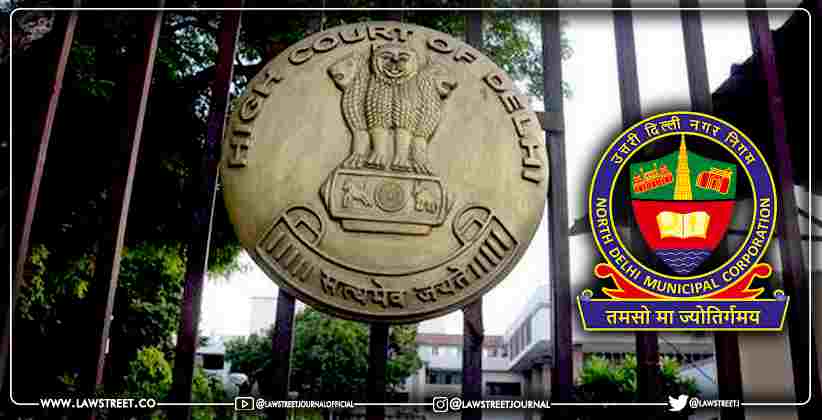 The Delhi High Court on June 1st 2021 Monday, directed the North Delhi Municipal Corporation to provide monthly wages to the workmen in compliance of its earlier order dated January 29th this year.

“This court is of the opinion that there is no valid ground for the Petitioner for not complying with the order of this court, especially when it involves monthly payment of wages to workmen.”

“Accordingly, it is directed that the payment, in terms of the order dated 29th January 2021, be released by the Corporation within a period of four weeks. The said release would however, be subject to orders, if any, that may be passed in the SLP. In case the payments are not released, a senior officer of the North Delhi Municipal Corporation shall remain present in the court on the next date”

This development is a result of an application moved by workmen seeking implementation of the order dated 29th January 2021, wherein the court had directed NDMC to pay to the workmen their wages based on the parameters provided under section 17B of the Industrial Disputes Act 1947.

During the hearing of this case, the Workman apprised the court that the Letter Patent Appeal challenging the order was dismissed by the court on March 16.

Observing that since the order was upheld by the division bench of the High Court, the court observed thus:

“The SLP is stated to have been filed but admittedly is not even listed. The order has been in operation for more than five months and there is no stay up on the operation of the order of the court dated 29th January 2021.”

Regarding the above mentioned matter, the bench posted the matter for further hearing on August 26.

In a related news, the Delhi High Court Bench chaired by Justice Vipin Sanghi and Justice Jasmeet Singh, on May 31st 2021, warned the North Delhi Municipal Corporation of attachment of its properties for its failure to pay earnings and pensions to employees in the wake of coronavirus pandemic.

The court ordered the Chairman of NDMC to disclose details, under his own affidavit, of all immovable and movable properties along with their estimated value in particular of the bank accounts held by NDMC with banks and financial institutions and the amount held there until July 1st 2021.