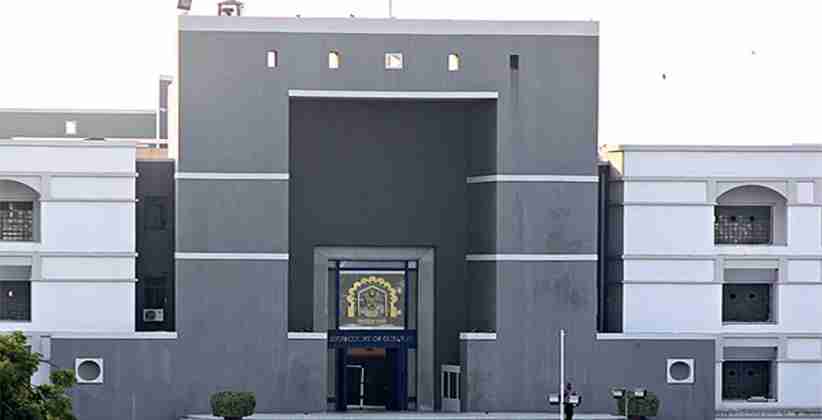 Judiciary Oct 10, 2020 Lakshya Tewari ( Editor: Ekta Joshi ) 2 Shares
2 Shares
A bench of Gujarat High Court comprising of Justice Sonia Gokani and Justice Nirzar S. Desai ordered the Gujarat state government to furnish details regarding the functioning of Women Protection Homes and the total amount of funds or grants allocated for these homes yearly. The HC ordered this on October 5th, 2020. The HC ordered this after considering the condition of food, state of Shelter Homes in Kutch, and other necessities. The HC also asked the authorities to present the mechanisms, guidelines framed for these homes so they keep running.

This matter came before the court when the court interacted with a minor corpus having four-month of pregnancy and she wished that she wanted to continue her pregnancy. Though her wish has no bearing but the court didn’t order for termination instead the HC ordered that she should be taken for a routine check-up and also should be given a nutritious diet and also the Superintendent Women Protection home shall take the requisite care of her. She should also be taken to a gynecologist and the routine check-up report to be taken to the Superintendent of Civil Hospital. And she should also be persuaded to meet her parents.

The court said that “Considering the pathetic condition of food as also of building and other necessities, indulgence would be warranted at the end of this court. Let a senior officer deputed by the Principal Secretary, Social Justice and Empowerment Department [for women above 18 years] and Women Child and Development Department [for the girls below 18 years] to let the Court know on oath of the detailed functioning of the Women Protection Homes and the total amount of grant/funds allocated for these homes on yearly basis. Its administration, the guidelines framed for running these homes, Officials obligated for implementation and its evaluating mechanism shall also be made known to the court”.

The Court further said that corpus who are being housed here are young and many are pregnant also if they refuse to join their parents or husband or vice-versa they should be necessarily housed at such Women Protection Home and at this stage the nutrition of their food should be well-taken care and seeing the current scenario it is not been done.

The court further ordered “The corpus who are being housed are all young and many of them join there with the foetus in their wombs or a young child with them. Those who refuse to join their parents or parents or husband refuse shelter are necessarily housed at such Women Protection Home and at this stage the nutrition of their food shall need to be well taken care of. It is found and noticed from many of the matters which have come before this Court that it is sadly lacking and hence, there will be a requirement for the Court to know these details for the purpose of redressal. Let the same be furnished in the form of affidavit bearing in mind that it is not adversarial litigation and it is for the welfare of those girls who are directed to be housed there and for whose benefits, these homes are in existence. If there is a requirement of mending the ways, the same shall be revealed to the Court so that a better environment can be created for these girls in future”.

Legal Insiders Oct 20, 2020 Rocky Das ( Editor: Ekta Joshi ) 4 Shares
4 Shares
On Friday (October 16, 2020), the Chief Justice of Gujarat High Court paid a sudden visit to the Central Filing Centre (CFC) which is newly relocated to the campus of Gujarat high court in the initial timing of the official hours. The purpose of the visit was to regulate and overlook the daily activities of the office and to structure the office decorum to furnish smooth and well-functioned work. The unscheduled visit by the chief justice had the intent to understand the matters being...
Read full post

Judiciary Oct 12, 2020 VANDANA KOTHARI ( Editor: Ekta Joshi ) 2 Shares
2 Shares
In July 2017, on account of uncontrolled floods in the State of Gujarat, crops of many farmers were destroyed. A scheme was launched by the Government of India that is Prime Minister Fasal Bima Yojana (PMFBY) in which the farmers who were registered under this scheme were entitled to compensation. When the compensation was not paid even after making several representations then a petition was filed under Article 226 of the constitution wherein 10 petitioners approached Gujarat High Court...
Read full post