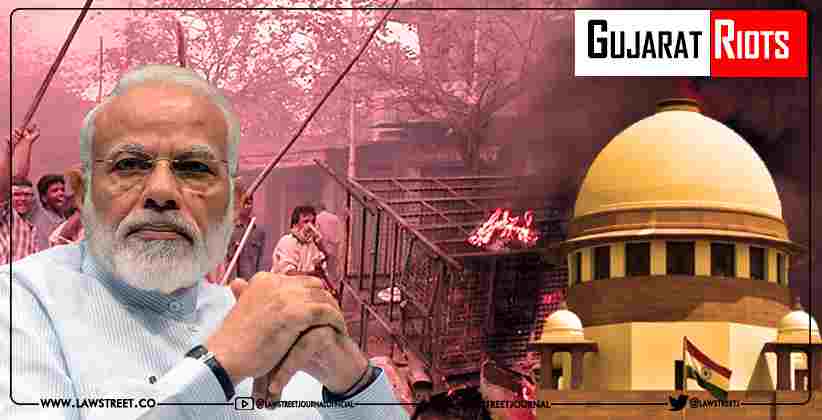 The Supreme Court on Tuesday (April 13, 2021)/adjourned the petition filed by Zakia Jari plea challenging the SC’s decision to give the clean chit to the then Gujarat Chief Minister Narendra Modi and other high posted officers in Gujarat riots of 2002.

The bench comprised of justices AM Khanwilkar, Dinesh Maheshwari and Krishna Murari.

They granted the adjournment based on a request made on behalf of the petitioner.

Zakia Jafri, widow of Congress MLA Ehsan Jafri, who was killed in Gulberg Housing Society massacre during the 2002 Gujarat riots, has taken the matters to the Supreme Court challenging the SIT report which ruled out any “larger conspiracy” by high state functionaries in instigating the communal rights.

Zakia has challenged the court for rejecting her plea against the SIT’s decision.

On 8th February 2012, the SIT filed a closure report, giving a clean chit to Modi and 63 others saying there was “no prosecutable evidence” against them. The Magistrate accepted the closure report. This was challenged by Zakia was filed before the High Court.

“In every incident of riot that has taken place in the aftermath of Godhra incident, extensive investigation had taken place in each of them and more particularly, in nine viral matters, under the direct guidance and gaze of the Honourable Apex court and therefore, if the court does not find this operation and its evidence as the part of larger conspiracy, no error much less a significant error of law can be linked with such findings” the High Court observed.

However, in giving limited relief to Zakia, the High Court said that she will be at liberty to seek further investigation based on any new evidence.