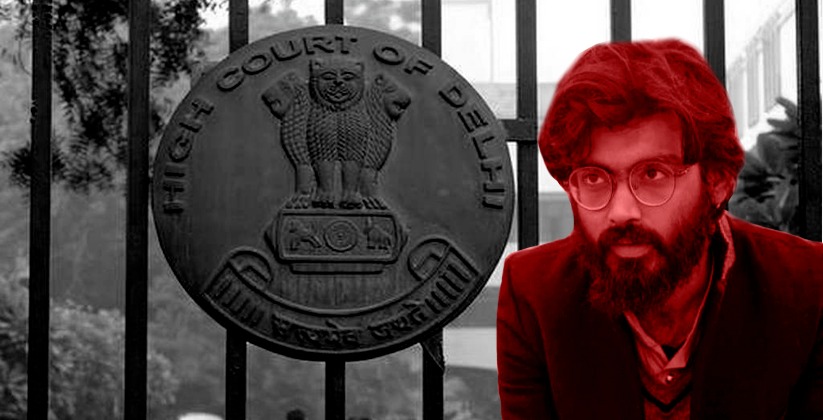 Judiciary Jul 16, 2020 Manthan Pandit ( Editor: Ekta Joshi ) 53 Shares
53 Shares
On 10 July 2020, the Delhi HC denied Sharjeel Imam's statutory bail and put a stay on the trial court's order about the extension of the investigation. The court also rejected the petitioner's argument regarding the APP report's unsustainability. Additionally, the court dismissed the petitioner 's claim that the purpose behind filing a report on the 88th day was a mala fide one. The court thus granted a 90-day extension of the investigation and dismissed the statutory bail for Imam in the Delhi riots case.

FACTS FIR was registered against the petitioner under Section 124A/153A/505 of the Indian Penal Code (IPC) in Delhi with regard to speeches made in the area of Jamia on 13th December 2019. The video was shared extensively. Another speech was shared where he addressed the AMU crowd. The state claimed the petitioner is accused of offenses relating to sedition and other unlawful activities. Another FIR was also registered in Assam regarding the same issue. In addition, during the investigation, he was also booked under Section 13 of the Unlawful Activities (Prevention) Act, 1967 (UAPA). Later a request was made by the Investigating Officer to APP to ask for another 90 days for investigation under Section 43 of UAPA. The petitioner, under Section 167(2) Cr.PC applied for statutory bail which was rejected later because the time period of investigation was extended. The petitioner challenged the order for extension of investigation and rejection of bail.

Petitioner’s Contention The counsel primarily contended for the petitioner's extension of custody. The Court did not issue a notice to the petitioner in contravention of the mandatory requirement of Section 43D(2)(b) of the UAPA. Without forming an opinion, the respondent's counsel forwarded the Investigating Officer 's request for an extension to court within one day. The counsel argued that the respondent’s provision of law for "notice" was flouted. In fact, failure to give a notice or pursue his production has resulted in the miscarriage of justice. The lawyer claimed that the Petitioner was entitled to object to the extension of custody. The Counsel submitted that the Investigating Officer had issued an order subject to false representation. Even, for different reasons, the report submitted does not meet the 'data' criteria. She repeated the Supreme Court's statement that lockdown cannot be a reason for the investigation's pause. Counsel also stated that the invocation of Section 13 was mala fide. Respondent’s Contention First, the respondent counsel stated that the report of the APP was not only recorded but was also relied on in the order. The counsel indicated that the petitioners' arguments while citing the Sanjay Dutt case were contrary to the judgment. Moreover, the applicant was not given the opportunity to object, the legislation demands that he be made aware of the possibility of the extension. Counsel cited a case in which it was held that the Appellant could not request to see the PP 's reports at the stage of the extension of time for completing the investigation or extending the period of detention. Post-decision arbitration is a means of maintaining Equal Justice values. The fact that the custody of the petitioner lasted to 180 days does not amount to a miscarriage of justice under the Code's Section XXXV. Non-production of the accused does not make the arrest void at the time of the remand. Besides, the conditions for invoking Section 43D(2)(b) were met, as the speech caused disruption in the region. Court satisfaction in extending the investigation duration meets Section 43D requirement and the opinion was created from APP submissions and findings. When Investigating Officers ' report was reprinted, the counsel said it was the agency's responsibility to know the progress of the investigation and the extension of the duration. The APP will not adjust it and will depend on the same thing. However, the APP sampled the investigative agency's specified criteria before endorsing it and pointed out the report's independent application of mind. He referred to Gadling’s case, to talk about more substance than form. APP in the instant case having filed a report which discloses due application of mind. JUDGEMENT According to Sanjay Dutt's case, the court accepted the Petitioners' reasoning that the requirement for notification is the production of the accused before the Court and not a written notice giving reasons for seeking extension requiring the accused to show cause against it. Citing more reasons, it is not feasible to argue against the APP verdict. As contended by respondent information given by Investigating Officer to counsel invoking Section 43 of UAPA is not a substitute for a court notice, on 25th April 2020, at 10:50 am the court relied on messages that the counsel informed the Investigating Officer in the manner described therein. The report illustrated the success of the inquiry and the justification for its extension. Upon the question of application of mind, the court relied on the report's text which, according to the court, shows application of mind. The mala fide motive of filing a report on the 88th day is unconvincing as the petitioners did not challenge Section 13 demand. The counsel for respondents is justified in contending the compelling reasons to mean good/sufficient reasons justifying the extension of the investigation beyond a period of 90 days. Case Details Case- CRL.M.C. 1475/2020 Respondent- STATE OF NCT OF DELHI Counsel for respondent- Mr. Aman Lekhi, ASG with Mr. Amit Mahajan, CGSC and SPP, Mr. Rajat Nair, Special Public Prosecutor, Mr. Ritwik Rishabh, Mr. Ujjwal Sinha, Mr. Aniket Seth, and Mr. Dhruv Pande, Advs. for Delhi Police: Mr. Amit Gupta, APP Petitioner- SHARJEEL IMAM Counsel for petitioner- Ms. Rebecca Mammen John, Sr. Adv. with Mr. Bhavook Chauhan, Mr. Surabhi Dhar, Mr. Ahmed Ibrahim, and Ms. Praavita K, Advs Coram- HON'BLE MR. JUSTICE V. KAMESWAR RAO   [READ JUDGMENT] 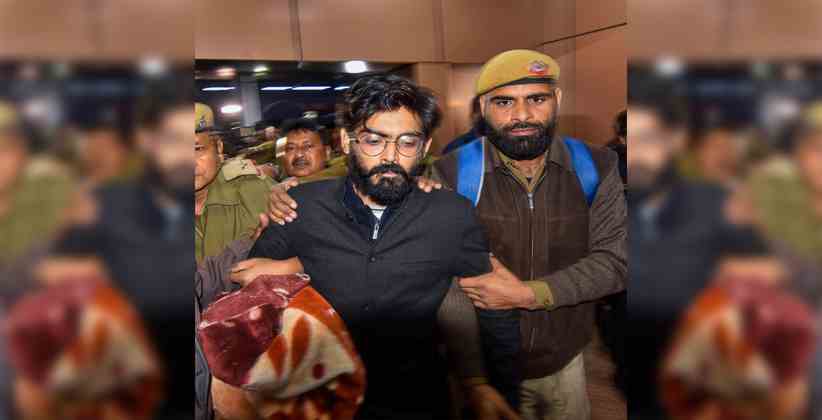 Crime, Police And Law Jul 23, 2020 Shreedhara Purohit ( Editor: Ekta Joshi ) 4 Shares
4 Shares
Jawaharlal Nehru University (JNU) Ph.D. student Sharjeel Imam, jailed in Guwahati Central Jail for an inflammatory speech at an anti-CAA protest last year and his alleged involvement in anti- CAA protests, has tested positive for the novel coronavirus on July 21.“Swab samples of Imam and some other inmates were tested earlier, and the results came today”, Inspector General (Prisons) Dasarath Das said.Sharjeel Imam has been shifted to an isolated ward of the jail. The ward has been turned...
Read full post 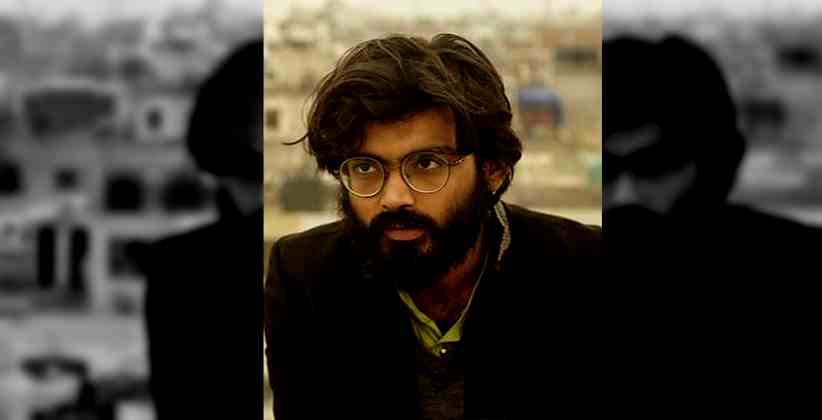 Crime, Police And Law May 13, 2020 Ghazal Bhootra ( Editor: Ekta Joshi ) 5 Shares
5 Shares
Alumni of Jawaharlal Nehru University, Sharjeel Imam, who has been arrested in a case related to purported provocative speeches during the protests against Citizenship Amendment Act, 2019 and National Register of Citizens, moved the Delhi High Court against a trial court order that allowed for more time to the police to conclude its investigation on the matter on 11th May 2020.The petition is most probably to be listed for hearing on May 14, 2020.The accused has disputed the...
Read full post