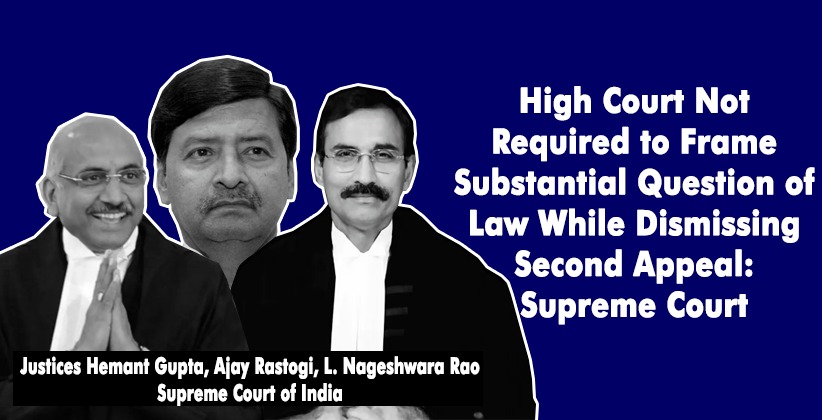 The Supreme Court has observed that a High Court is not required to frame a substantial question of law while dismissing a second appeal.