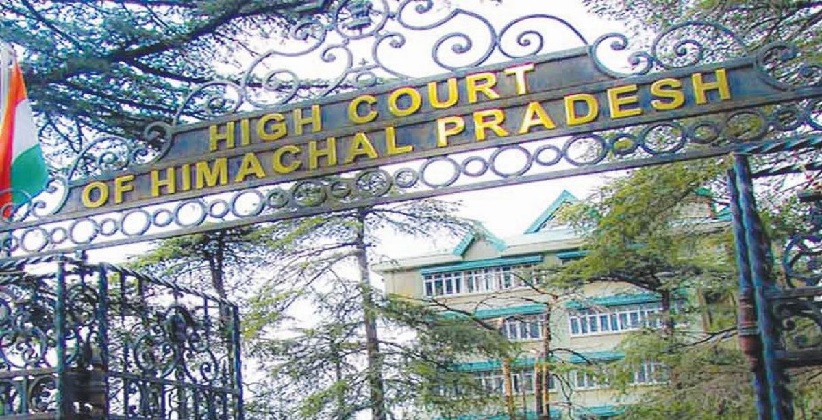 Judiciary Jul 17, 2020 Ishita Joshi ( Editor: Ekta Joshi ) 5 Shares
5 Shares
While dismissing a writ petition filed by a woman forest guard challenging a transfer order, the Himachal Pradesh High Court said that “Today women are capably manning the posts in all walks of life in this country”

The petitioner had stated before the Court that she had not served a span of three years at the present place of posting and that, as a 24- year- old spinster, she was not in a position to join the station since she resides with her family. At the hearing, the counsel submitted that the petitioner belongs to the 'weaker sex' and urged that the transfer order be set aside.  The case was presented before a division bench of Justice Tarlok Singh Chauhan and Justice Jyotsna Rewal Dua. The bench stated that “To say the least, ( the plea) is absurd, fallacious and if accepted would not only violate the statutory provisions of the Constitution, more particularly, Articles 14 and 16 thereof, but hosts of other laws of the Country. The petitioner has failed to realize that there has been a great advancement and the woman has demonstrated their ability to perform various taxing and hazardous duties which till now were wrongly and illegally considered to be the exclusive privilege of men. Today women are capably manning the posts in all walks of life in this country.”

“It was the women who themselves approached the Court seeking permanent Commission in the Army, which was being denied to them by the Government of India,” said the bench referring to the recent judgment of the Supreme Court. The Court also summarized the law regarding interference by the Court in the transfer/posting of employees by referring to the various judgments of the Supreme Court:  1. Transfer is a condition of service.  2. It does not adversely affect the status or emoluments or seniority of the employee.  3. The employee has no vested right to get a posting at a particular place or choose to serve at a particular place for a particular time.  4. It is within the exclusive domain of the employer to determine as to at what place and for how long the services of a particular employee are required.  5. Transfer order should be passed in the public interest or administrative exigency, and not arbitrarily or for extraneous consideration or the victimization of the employee nor it should be passed under political pressure. 6. There is a very little scope of judicial review by Courts/Tribunals against the transfer order and the same is restricted only if the transfer order is found to be in contravention of the statutory Rules or malafides are established.  7. In the case of malafides, the employee has to make specific averments and should prove the same by adducing impeccable evidence.  8. The person against whom allegations of malafide are made should be impleaded as a party by name.  The court further noted that a government servant holding a transferable post does not have the right to remain in one location or another and that the courts should not ordinarily deal with the transfer orders; rather, the party concerned should notify the higher authority in the department.     [Read Order]