HPCs Will Not Affect Remission Boards; Prisoners Applications for Early Release Under Sections 432, 433A CrPC Must Be Considered: Supreme Court 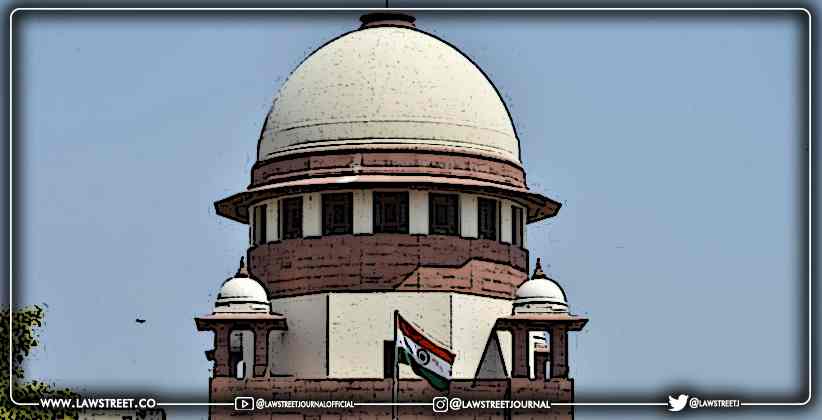 The apex court on June 1st 2021 cleared that the constitution of high powered committees in state government to de-congest prisons will not stand in the way of remission boards considering applications for remissions of prisoners under sections 432, 433A of the Code of Criminal Procedure.

The vacation bench chaired by justice is L Nageswara Rao and Aniruddha Bose Clarified that the order passed on May 7th 2021 which directed the HPCs to consider grant of parole or interim bail to identified categories of prisoners to decongest prisons during the pandemic will not affect the functioning of remission boards.

The Bench ordered that, “In the 7th May order there is no mention of release of prisoners entitled for premature release under 432, 433 A of Code of Criminal Procedure. It is clarified that competent  authorities, i.e. the remission boards etc., shall continue to proceed with release of those who are entitled to premature release section 432 and 4338 Code of Criminal Procedure.

The 7th May order was passed by a 3 judge bench chaired by the Chief Justice of India in the suo moto case In Re Contagion of Covid Virus in Prisons in which a slew of directions were issued to decongest prisons during the second wave of the coronavirus.

In the previous year during the first wave of corona virus the Apex Court directed the constitution of high powered committees in all states to consider the release of convicts and under trials in less heinous offences on interim bail or parole so as to decongest prisons.

The Apex Court also suggested that the HPCs should consider the release of prisoners who have been convicted or are under trial for offences for which prescribed punishment is up to seven years or less, with or without fine and the prisoner has been convicted for a lesser number of years than the maximum.

The HPCs were to consist of 1. Chairman of the State Legal Services Committee, 2. The Principle Secretary (home or prison) by whatever designation is known as, 3. Director General of Prison(s).

When the pandemic started to recede by November-December during the previous year, many of the High Courts/HPCs cancelled the interim bail, and asked the prisoners to surrender.