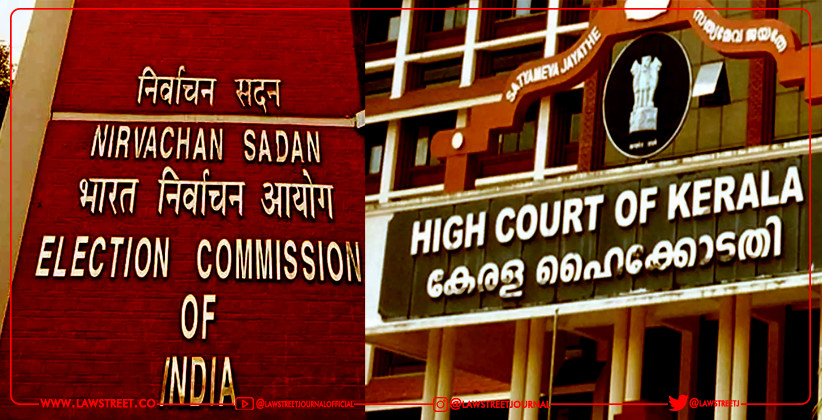 The High Court of Kerala took stance on a arising issue, held that no High Court can be allowed to exercise its power as laid under article 226 of the Constitution as a way to interfere in the process of acceptance or rejection of nomination papers of candidates by questioning. The Court said it cannot use the said provision.

The High Court gave a detailed order rejecting various writs that were filed which were challenging the rejection of their nomination papers for the 2021 Kerala Legislative Assembly elections. The Court said that any such interfere is feared to delay or hold back the progress of the upcoming elections.

Justice N Nagaresh of the Kerala Bench stated, “Rejection or acceptance of nomination papers cannot be challenged under Article 226 of the Constitution”. But regardless the Court took notice of the allegations that were made against various ‘Returning Officers’ in the writ petitions.

The Court was concerned and showed deep worry calling it “grossly discriminatory" if any of the said allegations and differential treatments mentioned in the petitions had any true to them.

The Court said, “Returning Officers in different constituencies are resorting different parameters in the matter of acceptance of nominations, scrutiny of nominations and acceptance of various forms. When some candidates get the benefits of liberal approach of the Returning Officers, some others are put to disadvantageous position affecting their statutory right under the Representation of the People Act to contest in the elections.."

The Election Commission was ordered to ensure that “such differential treatment is excluded and the purity of the election process is maintained".

“Such divergent considerations and differential treatment would indeed tell upon the impartiality of the electoral officers and Returning Officers”, the Court remarked.

The petitioners believed that no stall or any stop to the election process was to be caused and that “petitions concerning elections were maintainable”. The Election Commission on the other hand expressed that this would indeed interfere in the process . The point was argued that the working if the Returning Officers could not be questioned because they were “exercising aa quasi-judicial power”

A legal principle was referred to by the court from Manda Jaganath v. K.S. Rathnam and Others , “court could interfere with errors that affected the free flow of the scheduled election or hinder the progress of the election”.

With legal principles that came up in cases of Election Commission of India v. Ashok Kumar and Others, and, Abdulla v. Kerala State Election Commission, Ponnuswami v. Returning Officer, the following inferences were made respectively:

“Any attempt at retarding, interrupting, protracting or stalling of the election proceedings must be guarded by the Court”

“Any matter that vitiates the election should be brought up only at the appropriate stage in an appropriate manner before the Special Tribunal and should not be brought up at the intermediate stage before any court” The Court drew from Manda Jaganath v. K.S. Rathnam and Others.

The rejection of the petitions nomination was for reasons of no signature of the Party President/Secretary, said the petition.

The Commission pointed out to argue that according to section Article 329B of the Indian Constitution, once the notification of elections are out, judicial interference in all poll matters is barred as the provision reads.

The writs were to be left open to be raised whenever the appropriate time arrives.