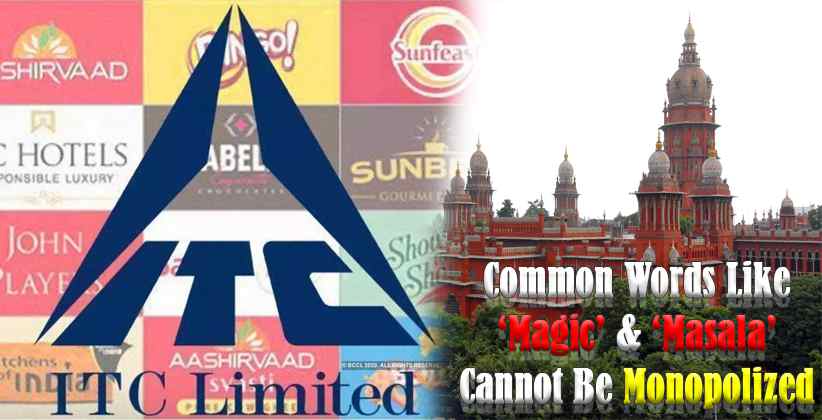 Judiciary Jun 23, 2020 Harshil Jain ( Editor: Ekta Joshi ) 8 Shares
8 Shares
The Madras High Court dismissed a seven-year-old suit filed by ITC Limited against Nestle India in which ITC objected over the use of the words “Magical Masala” by the latter, for their noodles product, as it was similar to the expression “Magic Masala” used by the former for their product.

The plaintiff, ITC, argued that the term ‘Magic Masala’ was used by them for their product ‘Sunfeast Yippiee!’ that was launched in 2010. In 2013, however, Nestle launched its instant noodles product with a similar expression ‘Maggixtra – delicious Magical Masala’ and this led to a dispute between the two FMGC giants. While Nestle’s brand had been the market leader with a 75-80 percent market share in the segment it was threatened by the rival brand, ITC alleged. It probably adopted the similarly sounded expression to create confusion in the minds of the customers and pass off its brand to the customer instead of the Yippiee! brand, it added.ITC claimed that by using the word ‘Magic’, which is similar to the word used by it, Nestle is liable for passing-off and it sought a permanent prohibitory injunction against Nestle. On the other side, Nestle argued that ‘Magic’ is a laudatory word and monopoly could not be claimed over the same. It also said that the expressions used by both the companies are flavor descriptors only and hence cannot be protected. The case was heard by a single bench of Justice C. Saravanan. He observed that the terms ‘Magic’ and ‘Masala’ are common words in the Indian food industry and no monopoly can be claimed over them. According to reports, in 2015 the Madras HC, through an interim order, put up a restraint on Nestle regarding the use of the expression “Magical Masala” or any other deceptively similar mark, till the disposal of the case. “Both the words ‘Magic’ and it's derivative ‘Magical’ are common to the trade. Therefore, neither the plaintiff nor the defendant can claim any monopoly over the expression ‘Magic’ or ‘Masala’ for they are common words in the Indian culinary and Indian food industry,” the bench observed. These words were “laudatory” and their use by Nestle cannot be termed as “malafide”, the bench added, and “It was a legitimate adoption by the defendant (Nestle) as no person can appropriate common and laudatory words.” A suggestive expression such as ‘Magic Masala’ used in Sunfeast Yippiee noodles since 2010 could have become a distinctive mark entitled for protection and monopoly, only if it had been uninterrupted for a long number of years. However, ITC could not establish that the term had become a “distinctive mark” entitled for the protection and monopoly, the court held. In addition to this, the court also observed that the said expression was first adopted by Lays for their potato chips. Further, the court added, “the word ‘Magic’ is laudatory. It is incapable of being appropriated by the plaintiff (ITC). As such no person can claim any monopoly over the said word ‘Magic’ or ‘Magical’ or their derivative as they are common to the trade. Therefore, it is incapable of being monopolized by any trader.” 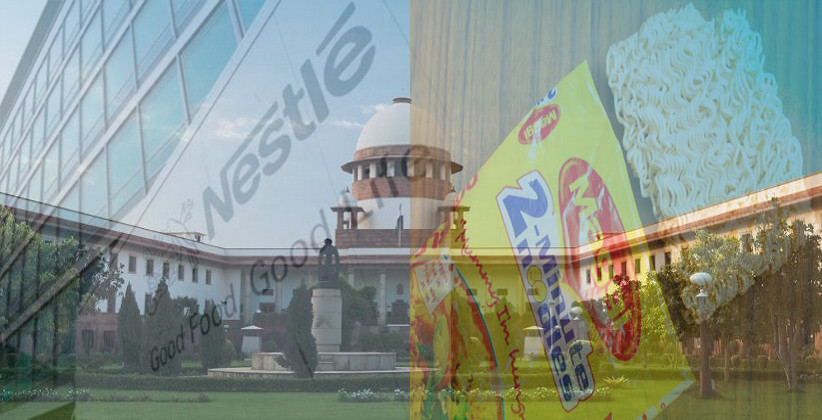 Judiciary Jan 04, 2019 Lawstreet News Network ( ) 0 Shares
0 Shares
The Supreme Court on January 3, 2019, resuscitated a ₹640-crore class-action suit filed against Indian branch of the Swiss food giant Nestle by the government on behalf of thousands of consumers of the iconic Maggi noodles.A Bench led by Justice D.Y. Chandrachud revived the suit filed by the Department of Consumer Affairs, Ministry of Consumer Affairs, Food and Public Distribution in the National Consumer Disputes Redressal Commission (NCDRC) in August 2015 against Nestle India Limited on...
Read full post