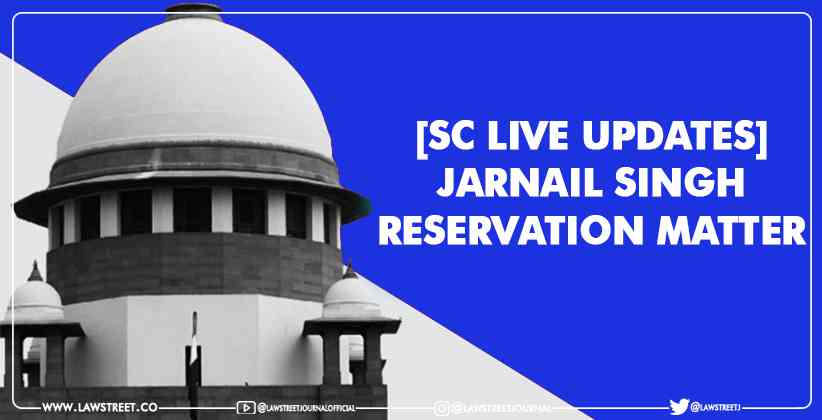 Sr. Adv Gopal Sankaranarayanan says he has submitted a table in which seven States have said that they have not undertaken Nagaraj exercise.

The entire issue started with Indra Sawhney case of 1992: AG

AG refers to paragraphs of Indra Sawhney which says that wherever reservations in promotions are already provided, it will continue only for period of 5 years from the judgment.

What is relevant is Indra Sawhney concerned with backward classes and not SC/STs: AG

This judgment deals with question of whether every category should be given reservation proportional to their population. It then says 'no it should not be so given' because then it will far exceed 50 percent cap: AG

The judgment says reservation should be such that it does not exceed 50 percent: AG.

If merit alone is criteria, then SC/STs who are disadvantaged socially might not be able to compete: AG

SC/STs have been recognised by Articles 341 and 342 as most backward.

The Court does not however go into how quantfiable data as regards promotions is to be determined: AG

Three requirements under Nagaraj for providing reservation in promotion to SC/ STs are Backwardness, inadequacy of representation and overall efficiency: AG Venugopal.

In it was held inadequacy of representation is a matter of subjective satisfaction of State based on objective criteria: AG.

In that judgment, court said it should show deference to State opinion though judicial scrutiny is not ruled out altogether: AG