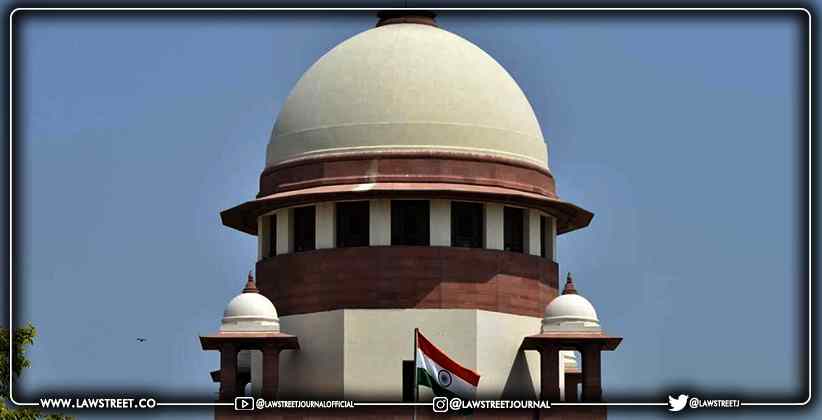 An Intervention Application has been filed in a duo moto case before the Supreme Court seeking parity in the treatment of accredited journalists and non-accredited journalists for compensation and other benefits for their family members granted by the Central and state governments amid the COVID-19 pandemic.

The gist of the intervention application

The application cited figures of journalists who passed away in the line of duty during the COVID-19 pandemic.

The Centre had launched a special drive under the Journalist Welfare Scheme (JWS) to help the families of media journalists who died because of COVID-19. As per the guidelines under the scheme, accreditation details of the journalist must be given. These include the card number, validity, and media organization (or freelance) on behalf of which the accreditation has been provided.

Point 3(ii) (a) and (b) of the guidelines also expresses that “media personnel” excludes those persons who are employed at a managerial level or in a supervisory capacity.

It was additionally noticed that there are journalists who are working with a similar organization, one being accredited, and another being non-accredited at a similar post or same designation, and are performing similar duties.

" Thus, the requirement of accreditation, which is a prerequisite to get benefits under the scheme, has proved to be the largest hindrance for the journalists to avail the same."

Also, according to Rule 6.1 of the rules, the eligibility conditions for reporters/camera people to benefit from the plan are "minimum 15 years professional experience as a full-time working journalist," among others.

The applicant presented that this leaves out the huge number of a journalist who will be not be given any advantages after dying in the line of obligation because of COVID-19.

The application stated that,

"The mere non-accreditation which is only a recognition given by the Government for purposes of access to sources of information, he/she will not be covered under the scheme. Thus, it has no parity and is violative of Article-14 of the Constitution of India,".

At last, the IA urged the Court to issue directions about the ex-gratia amount to be given to the family members of journalists who have died because of covid 19 while performing their duties.

It further prayed for the following: