Juvenile Justice Act: Child Cannot Be Automatically Tried As An Adult Even If It Commits Heinous Crime: Bombay High Court 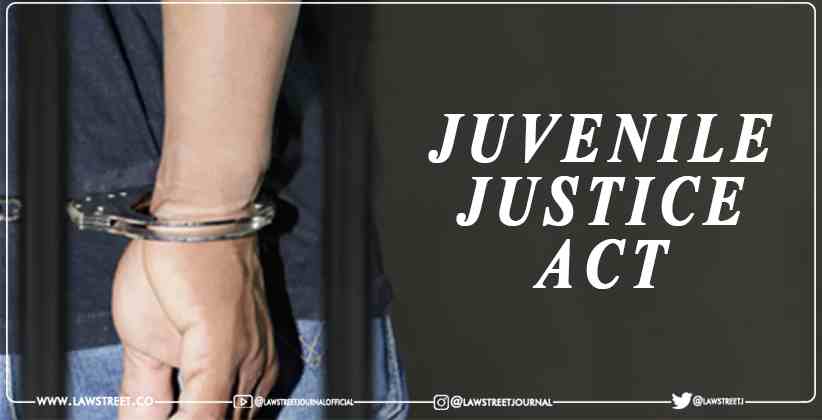 In a recent criminal revision application, the Bombay High Court addressed the issue of whether a child in conflict with the law (CCL) qualifies to be prosecuted as an adult.[1]

Facts leading to this application are that Vijayant Shankarlal Jaiswal, Officer in-charge of the Anti-Terrorist Squad Unit, Aurangabad, received secret information in the last week of August 2018 that some persons had engaged themselves in terrorist activities in Mumbai  and Aurangabad areas. He secretly obtained the name, addresses and cell phone numbers of the suspects. He put suspects under surveillance. From the information received, it revealed that one Mohsin Khan and his associates had established a group "Ummat E Mohammadia" and some trusted and like-minded persons were made members of the group. On the basis of information collected by him, Shri Jaiswal was suspecting that there was strong possibility that suspects would carry out some terrorist activities in Mumbai. Accordingly, he formed four teams and conducted the house search of suspects in the presence of Panchas, special experts and seized the articles like hand gloves, plastic bottles containing liquor bottle along with cards, mobile phones, mouse killing medicine of Commando Company, pesticides and sharp weapons etc.

On the arrest of accused No.1, it was revealed that they  had made some poisonous substance which was to be added in food at a function or in the water so as to cause mass murder. Thus, according to the prosecution, accused Nos.1 to 9 were indoctrinated with the ideology of terrorist organization ISIS. They hatched a criminal conspiracy to carry out the terrorist attack with the use of poisonous substance and explosive substance in Mumbai, Aurangabad and other places. On these allegations, on 22nd January 2019, he lodged report with the Police Station Anti-Terrorism Squad (ATS), and offence came to be registered under Section 120-B of the Indian Penal Code (IPC) read with Sections 18, 20, 38 of the Unlawful Activities (Prevention) Act, 1976 (hereinafter referred to as "the UAPA") read with Section 135 of the Maharashtra police act . The applicant State filed application for preliminary assessment of Child in Conflict with Law and he will be transferred to Children's Court for trial as an adult. Respondent Child in Conflict with Law  filed Say and resisted the application. The leamed Juvenile Justice Board  after hearing both the sides, rejected the application vide its order dated 1 October 2019.

After this being aggrieved by the order dated 1st October 2019, applicant State preferred Criminal Appeal No.2 of 2021. Leamed Additional Sessions Judge, Aurangabad by his order dated 25th May 2021 dismissed the appeal Hence , this revision.

As per Section 2(12) of the juvenile Justice (Care and Protection of Children) Act , 2015 defines “child “ 2015 (hereinafter referred to as "the J.J.Act") defines "child" who has not completed eighteen years of age[2]. In Section 2(13) of the J.J.Act  defines "child in conflict with law". [3] In Section 2(33) of the J.J.Act defines "heinous offence"[4]. In terms of Section 15 of the J.J.Act, Juvenile Justice Board  has to make assessment into heinous offences to determine whether Child in Conflict with Law is to be tried as an adult.

The Hon’ble placed reliance on the case of Shilpa Mittal Vs. State (NCT of Delhi) and Another [5] the Hon'ble Supreme Court held as under:

"34. Even if a child commits a heinous crime, he is not automatically to be tried as an adult. This also clearly indicates that the meaning of the words "heinous offence" cannot be expanded by removing the word "minimum" from the definition”.

[1] SECTION 15 OF THE JUVENILE JUSTICE (CARE AND PROTECTION OF CHILDREN) ACT, 2015 , PRELIMINARY ASSESSMENT INTO HEINOUS OFFENCES BY BOARD.

15. (1) In case of a heinous offence alleged to have been committed by a child, who has completed or is above the age of sixteen years, the Board shall conduct a preliminary assessment with regard to his mental and physical capacity to commit such offence, ability to understand the consequences of the offence and the circumstances in which he allegedly committed the offence, and may pass an order in accordance with the provisions of subsection (3) of section 18:

Provided that for such an assessment, the Board may take the assistance of experienced psychologists or psycho-social workers or other experts. Explanation.—For the purposes of this section, it is clarified that preliminary assessment is not a trial, but is to assess the capacity of such child to commit and understand the consequences of the alleged offence.

(2) Where the Board is satisfied on preliminary assessment that the matter should be disposed of by the Board, then the Board shall follow the procedure, as far as may be, for trial in summons case under the Code of Criminal Procedure, 1973:

Provided that the order of the Board to dispose of the matter shall be appealable under sub-section (2) of section 101:

[2]Section 2  (12) of JUVENILE JUSTICE (CARE AND PROTECTION OF CHILDREN) ACT, 2015 “child” means a person who has not completed eighteen years of age;

[3] Section 2  (13) of JUVENILE JUSTICE (CARE AND PROTECTION OF CHILDREN) ACT, 2015 “child in conflict with law” means a child who is alleged or found to have committed an offence and who has not completed eighteen years of age on the date of commission of such offence.

[4] Section 2(33) of JUVENILE JUSTICE (CARE AND PROTECTION OF CHILDREN) ACT, 2015 “heinous offences” includes the offences for which the minimum punishment under the Indian Penal Code or any other law for the time being in force is imprisonment for seven years or more;