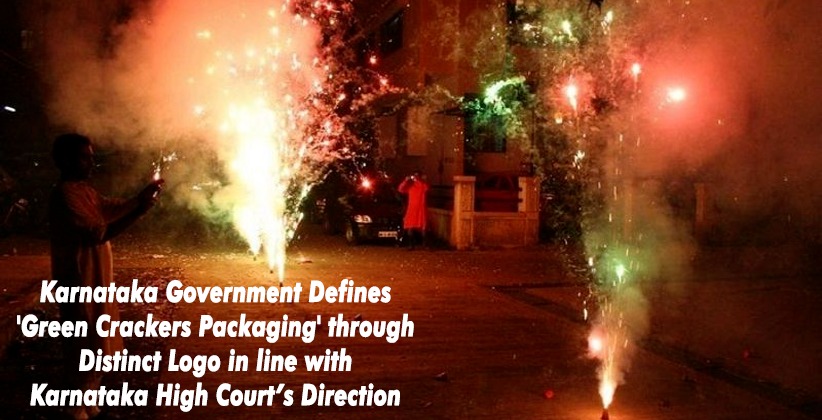 On November 12, 2020, a modified order was issued following a direction made by the Karnataka High court. The order was that "Green Firecrackers are available as sparklers, flowerpot, maroons, etc." The Karnataka Government ordered that according to the Ministry of Environment Forest and Climate Change “Green Cracker doesn’t contain harmful chemicals there by reducing air pollution due to firecrackers considerably. These crackers are less harmful in comparison to conventional firecrackers."

According to the formula developed by the Council of Scientific and Industrial Research - National Environmental and Engineering Research Institute Lab Green Cracker are manufactured. Product approval for the new formulation of green crackers is given by the Petroleum and Explosives Safety Organisation which is under the Department of promotion of industry and Internal Trade, Ministry of Commerce and Industries, Government of India. QR Code is a special feature that is incorporated on the firecrackers to avoid the manufacture and sale of counterfeit products.  On November 12, 2020, the court while hearing a petition filed by Dr. CA AS Vishnu Bharath challenging the State Government order dated November 6, 2020, and November 10, 2020, allowing the use of only green crackers during Diwali between 8.00 pm to 10.00 pm. The court has observed that "Prima Facie appears to us that order is ineffective as the state has not bothered to lay down what is the meaning of green crackers."  There is a drastic consequence of bursting crackers on the environment as well as on human health which is highlighted by various orders of the Supreme Court. The bench said that "State ought to have taken stringent steps as there is the possibility that air pollution created by posting of firecrackers create a situation which may lead to spread of covid-19." The matter will be hard on November 13, 2020.  Even on October 23, 2018, the Supreme Court has ordered that only green crackers should be allowed to be sold in the country and the duration will be fixed for bursting the crackers.  Allowing Green Crackers only will be helpful in protecting environmental pollution and also reduce the risk to human health also.    [READ ORDER]