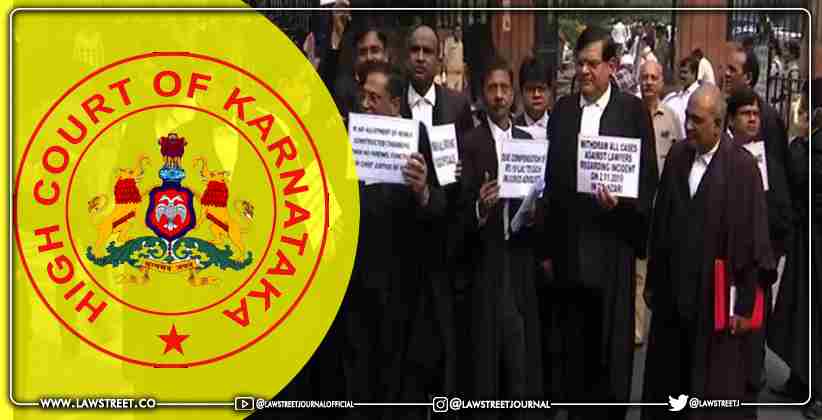 A Division Bench of Chief Justice Abhay Oka and Justice Suraj Govindraj disposed off the proceedings against the office bearers of five different District Bar Associations at Maddur, Mandya, Pandavpura, Malavalli and Krishnarajpete. The Suo-motu proceedings were based on their open call to association members for abstaining from court work.

The bench accepted the apology and undertaking submitted by the office bearers and the bench then remarked, “From the said affidavit it appears that the accused have realised their mistake and they have tendered an unconditional apology for abstaining from the Court work. The apology deserves to be accepted especially, in view of the undertaking given in paragraph 10 of the said affidavit by all the accused.”

The statement made by the office bearers read as, “I submit that I shall abide by the Judgment of the Hon'ble Apex court in the matter of Ex-Captain Harish Uppal v. Union of India and Others reported in (2003) 2 SCC 45 and Krishnakant Tamrakar v. State of Madhya Pradesh reported in (2018) 17 SCC 27 and assure that there shall not be any boycott of courts henceforth.”

The Court stated that in view of the apology and the undertaking, no further action under the Contempt of Courts Act, 1971, is warranted. Accordingly, the notice of contempt issued to the accused stood discharged and the criminal contempt petition was disposed of.

The bench while issuing the direction took into account the report submitted by the Registry which gave details of Bar Associations in different districts which gave a call to its members to abstain from court work. Previously, Chief Justice Abhay Oka had made an appeal to the members of the Bar associations in the state to refrain from abstaining of Court work and proceedings, irrespective of the genuineness of the cause.

The Chief Justice also warned the stakeholders to not to indulge in such illegalities. In his appeal, Chief Justice Abhay also referred to judgement passed by the Supreme Court in the matter of Ex-Captain Harish Uppal v. Union of India and Others, reported in (2003) 2 SCC 45 and in the matter of Krishnakant Tamrakar vs. State of Madhya Pradesh, reported in (2018) 17 SCC 27. This was done in order to persuade the members of all the Bar Associations from such boycott. Proceedings against officer bearers of Bar Association at Davangere and Srirangapatna are still pending.