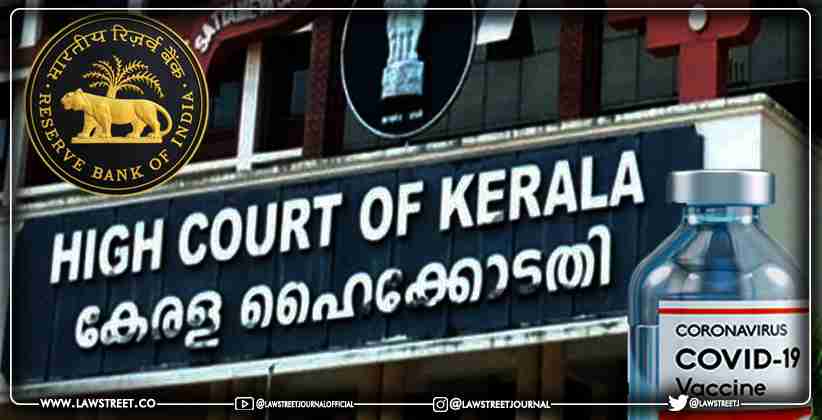 The Kerala High Court, during the hearing of two Public Interest Litigations, questioned the Central Government on why it cannot offer free vaccination to all the citizens using the funds transferred by the Reserve Bank of India as a dividend.

Referring to newspaper reports, the court questioned Advocate K Rajkumar, Standing Counsel for Central Government, on why the Rs 95,000 Crores dividend received from the Reserve Bank of India cannot be used to provide free vaccines, at least for the poor.

Justices K. Vinod Chandran observed that Rs. 34,000 Crores will be enough to provide vaccines for the 137 Crore population. The judge also observed that even if the use of the money affects the fiscal deficit, that can be recovered once the economy picks up.

The Standing Counsel submitted that the question involves a policy decision and that he will need more time to reply.

At this point, the court clarified that it is not trying to interfere with policy but just enquiring why the money cannot be used.

Advocate Santhosh Mathew appearing for one of the petitioners submitted that there is an apprehension that private hospitals would not be able to acquire vaccines as supplies are scarce. It was submitted that even though the central government submits that 50% of the production of the vaccines will be available at fixed prices through non-central government channel, these supplies are not accessible to private hospitals.

Advocate Prashanth Sugathan submitted that there is a decline in the number of vaccinations per day and that even when vaccines are not available to the public, corporates are providing vaccines to their employees.

On hearing the submission, the court observed that such situations show the central government's role in ensuring free vaccines, at least for the poor.

The court, in its order, observed that:

“Unless the entire population is inoculated there can be no escape from the pandemic and the expediency should be in completing the above task even if it be under considerable expenditure to the State. In the course of arguments a request was made that the Advocates Association be permitted to procure vaccine for its members as is the measure adopted by many corporates. If each stands for their own; then we cannot but say that, only the State can boast of the entire citizenry being their own.”

The court observed that the use of funds is well justified in economic and humanitarian terms and called for a reply from the central government on the matter.

Kerala is under lockdown till 30th May 2021 and has reported a slight reduction in reporting of new cases in the last 24 hours.