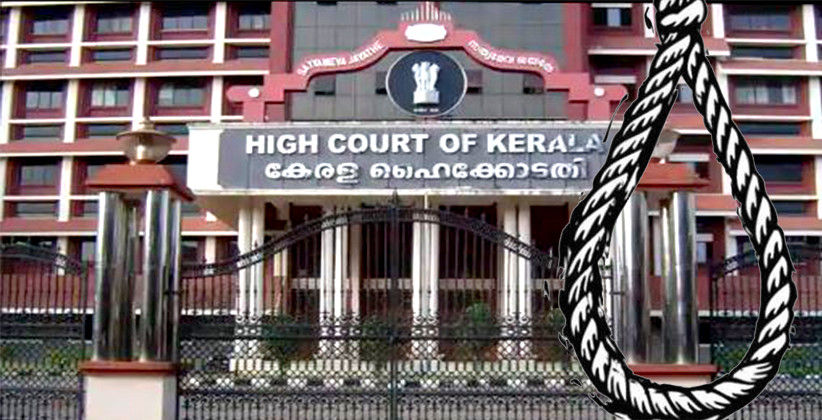 Judiciary Jun 21, 2019 Lawstreet News Network 2 Shares
2 Shares
The Kerala High Court today (June 21, 2019) took suo moto cognizance in the suicide case of a 49-year-old NRI businessman, which was allegedly caused due to the refusal of municipal officials in granting sanction to a convention centre built by him.

The Nigeria-returned businessman Sajan Parayil committed suicide in Kannur, Kerala, on June 18, 2019, after he failed to open the convention centre, which he had built with his savings. As per various reports, Sajan hanged himself at his home after the Anthoor municipality in Kannur district refused to grant completion certificate for his dream project on which he had spent Rs 16 crores.

Taking notice of the issue based on newspaper reports, the Bench comprising of Chief Justice Hrishikesh Roy and Justice A.K. Jayasankaran Nambiar sought a report from the government on the alleged lapses by the Municipality in granting certificate. The court has also directed the government to place on record all communications which took place between the Municipal officials and Sajan. The report has to be submitted within three weeks. In the petition, Anthoor Municipality, Kannur Town Planner and the Secretary of Local Self Government Department have been added as respondents. The businessman's wife blamed the municipal chairperson P.K. Shyamala, who is also the wife of Communist Party of India (Marxist)'s Kannur strongman M.V. Govindan Master, for abetting his suicide by deliberately stalling the project, India Today reported. "She threatened him that he would not be able to operate the convention centre, as long as she holds the chair," the businessman's wife Beena told India Today TV. On June 20, 2019, the issue created a furore in the Legislative Assembly with the opposition staging a walk out after alleging the Left Democratic Front (LDF) government of creating a hostile environment for businesses in the state. Reportedly, four officers of Anthoor Municipality in Kannur were suspended on June 20, 2019, by the government over this incident.