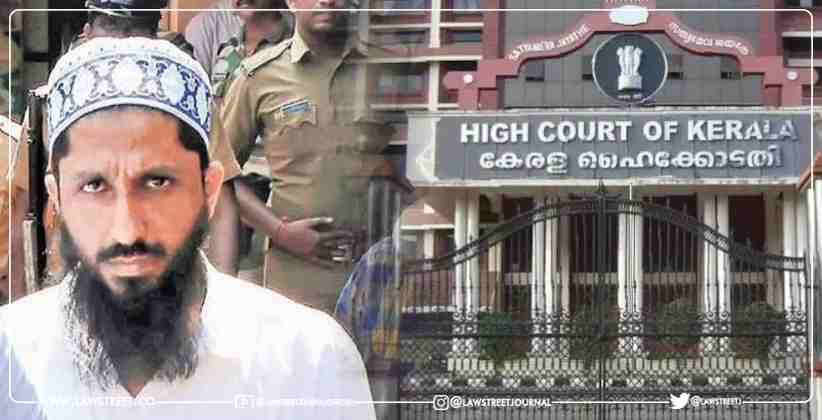 The accused had been charged by the National Investigation Agency (NIA) under the Unlawful Activities (Prevention) Act (UAPA), the Explosive Substances Act, and the Indian Penal Code. Thadiyantevida Nazeer and Shafas, the main suspects in the 2006 twin bomb attacks in Kozhikode, were acquitted by the Kerala High Court on Thursday.

The Vinod Chandran, J. penned down this judgment with a line taken from Stephen’s History of Criminal Law, p. 442 that “Why to follow the difficult path of tedious inquiry and extensive investigation of other persons, materials, and papers if it is legal to collect evidence from the accused person by compulsion? It has been noted that withdrawing this right would encourage law enforcement officials to "sit comfortably in the shade rubbing red pepper into a poor devil's eyes rather than wander about in the sun digging down the evidence." It was directed to the reliability of the confession and raises a question of “element of truth” as confession seems to travel between the two-end point from “may be true” to “must be true” and this was what cited in the case of Sarwan Singh v. State of Punjab [1957] 1 SCR 953], it was held in this case that the evidence must be 'legal, reliable and unimpeachable.

BACKGROUND OF THE CASE

The twin blasts rocked Kozhikode city on the Friday noon of 03.03.2006. It was alleged that the accused have conspired, planned, and executed the twin blasts, and purportedly planned in retaliation for the denial of bail to some Muslim suspects in the Marad communal riots. The NIA has charged the accused with violating the Unlawful Activities (Prevention) Act, 1967 (UAPA), the Explosive Substances Act, 1884 and the Indian Penal Code 1860 after taking over the investigation of the case in 2009. Nazeer and Shafas were found guilty of the charges and given life imprisonment by the trial court. Following that, the two moved the High Court to have the sentence against them quashed. At the same time, the NIA filed an appeal with the Court, challenging the acquittal of two other accused by the trial court. The NIA had charged Nazeer and the other accused in the case for planning and implementing the March 3, 2006 bombings at the Kozhikode KSRTC and Mofussil bus stands. Surprisingly, the accused informed the media about the bombs' position before they were launched. The cops arrived on time and were able to vacate the area. However, two timed explosions occurred at bus stops within 10 minutes, injuring two people, along with a police officer.

CONTENTIONS OF THE COUNSELS

It was argued by the learned counsel Sri. Suresh Babu Thomas citing the dictum in Vylali Gireesan v. State of Kerala [2016 KHC 204] that the only evidence before the Court was that of the approver and the lack of identification demolishes the prosecution case. It was further argued upon the inadmissibility of evidence under S.27 of the Evidence Act, 1872 establishing the fact that even according to the prosecution the motive was retaliation against the denial of bail to the accused in the second Marad incident, which occurred on 02.05.2003. The purchase of gelatin sticks established, was in the year 2002, long before that. There was also ample evidence that the gelatin sticks were perishable and if not put to use immediately, will be rendered useless. Thus, proving no concrete evidence to find the accused guilty of the offence. Further, the learned counsel made a remark that “the case has been set up by the prosecution merely on surmises and conjectures, which the Trial Court swallowed without further ado and throwing to the winds the fundamental principles of criminal jurisprudence.”

The other learned counsel, Sri. S. Rajeev adopted the same line of argument put forth by the Sri. Suresh Babu Thomas and was is relied upon Shinoj V. State of Kerala [2019 (8) KHC 862] to argue that facts known to the police, even before information supplied of the accused, under S.27 of Evidence Act, 1872 appeared to be inadmissible before the court of law. And it was further argued by the learned counsel that the investigating agency has carried out no proper investigation and has put words into the mouth of the accused, recorded them as disclosure statements, which is the sole basis of the conviction.

The learned counsels appearing for the NIA and state argued for sustaining the judgment of the trial court.

The Court criticized the investigating authorities for their erratic approach to collecting independent evidence. "We cannot help but conclude that the Investigators did not make a genuine attempt to 'walkout in the sun' to gather independent evidence of whatever version the accused presented them," the Court stated. The National Investigation Agency (NIA) also lost its appeal contesting the trial court's decision acquitting two additional defendants in the case, Abdul Halim and Aboobacker Yusaf.

The appeals of Nazeer and Shafas, the first and fourth accused, against their convictions by the trial court, which had also sentenced them to life imprisonment, were accepted by a Division Bench of Justices K Vinod Chandran and C Jayachandran. Nazeer was suspected of being a Lashkar-e-Taiba agent. The Court observed that "there is no concrete evidence on the preparation or commission of the crime that would convict the accused beyond a reasonable doubt." It was further observed by the court that it was purely based on the confessions made by the accused; that the case was framed by the NIA.

Protests against Raichur District Judge as he removes portrait of Dr. BR Ambedkar before hoisting national flag on Republic Day