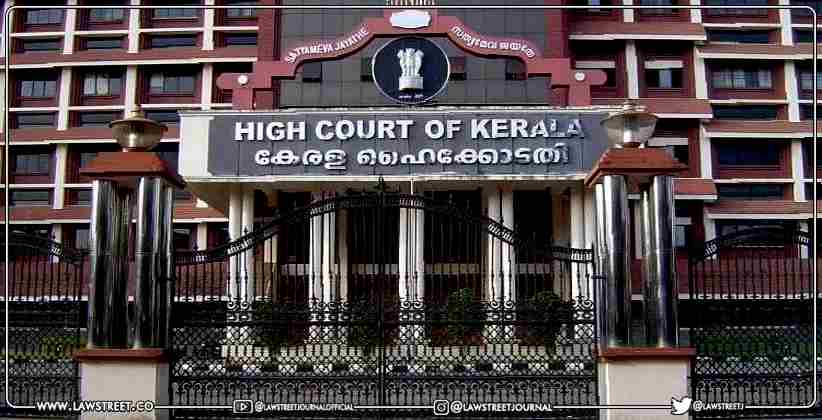 The Kerala High Court has ruled that a convict in the Rajeswary vs State of Kerala case which is a cheque bounce case under Section 138 N.I Act can pay the fine amount directly to the complainant. And it is not necessary to pay the fine in court.

In this case, while hearing the accuseds' Criminal Revision Petition, Justice Viju Abraham upheld the conviction but reduced the sentence of simple imprisonment to a fine of Rs.7,17,000/-. The accused was granted six months to remit the amount of the fine in the trial court.

Also Read - Cheque Bounce Case: Rebuttal does not have to be conclusively established, Court acquits the accused [READ ORDER]

Following that, the accused paid the entire amount of compensation/fine directly to the complainant, and the complainant issued a receipt acknowledging the payment. The said receipt was presented to the trial court, and the accused requested that the case be closed and the non-bailable warrant against him be recalled.

In the instant case, the Court noted that there is "substantial compliance" with the order to pay a fine. The complainant has admitted the receipt of the entire fine amount.

The accused appealed this order to the High Court. The complainant also filed an affidavit stating that she had received the full amount of compensation and had issued a receipt.

As a result, the Court directed the lower court to record the factum of settlement between the parties in the fine register, as if the fine was realised and paid to the complainant. 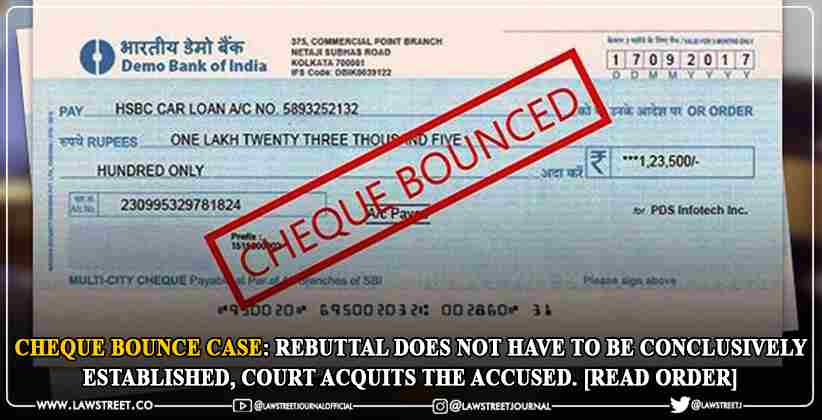 Judiciary Dec 27, 2021 Lawstreet News Network ( ) 67 Shares
67 Shares
In a recently registered case under Section 138 of the Negotiable Instruments Act, 1881, the Court of the Metropolitan Magistrate (at the Karkardooma Courts, Delhi) exonerated the accused on the ground that the complainant had miserably failed to prove the case beyond reasonable doubts. The accused was represented by Ares Law offices.Brief Facts of the Case: The complainant, Mahavir Jain, had stated that the accused had approached him for a friendly loan, and the complainant had advanced...
Read full post 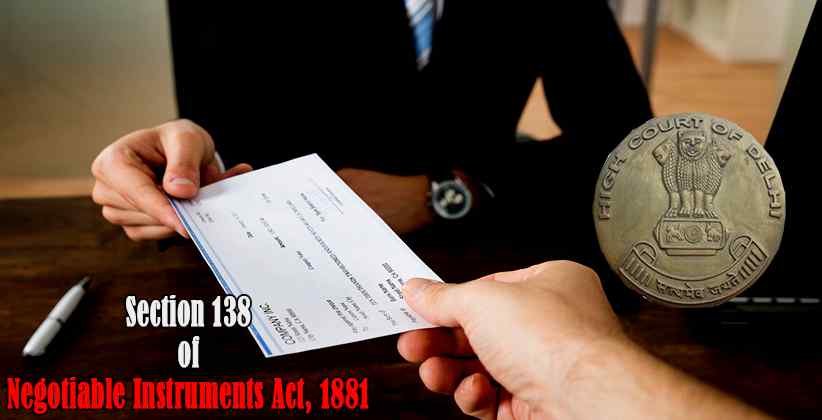 Judiciary Aug 05, 2020 VANDANA KOTHARI ( Editor: Ekta Joshi ) 17 Shares
17 Shares
A revision petition was filed for setting aside the order passed by Ld. MM in the case of ‘M/s Laxmi Dyechan v.  State of Gujarat, 2012’ where the application of the accused/revisionist was dismissed under sec 138 of Negotiable Instruments Act, 1881. The respondent of the above order filled a complaint under sec 138 of NI act against the revisionist for failing to make the payment of the amount of the cheque. In the said cheque drawn for an amount of ‘Forty-Four Lacs Eighteen...
Read full post