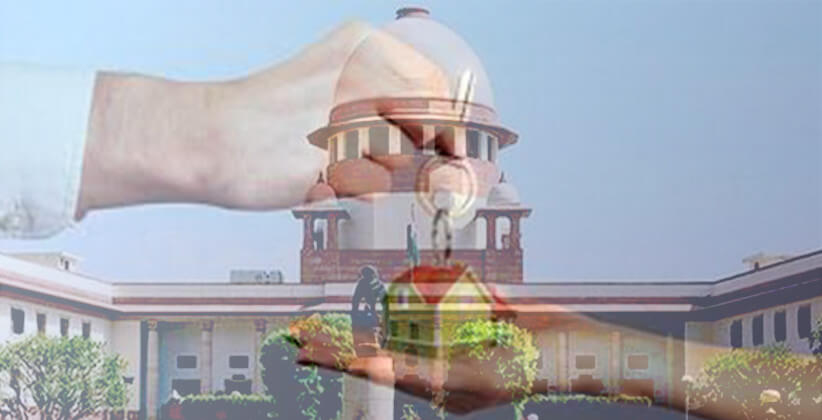 The Supreme Court on July 1, 2019, in the case of State of Tamil Nadu v. Dr. Vasanthi Veerasekaran has observed that there is no rule that in all cases of acquisition of the land that the owner must be given an alternative site or flat.

A Division Bench comprising of Justice A.M. Khanwilkar and Justice Ajay Rastogi was hearing appeals filed against the judgment passed by the Madras High Court wherein the court had disposed writ petitions related to acquisition of properties for the purpose of implementing the “Mass Rapid Transport System” (MRTS) Railway Project. The Madras High Court issued a direction to the State Government and Tamil Nadu Housing Board to provide alternative land to the land owners as a special category of displaced persons.

Before the apex court, the state in the appeal raised a contention that the High Court order is in the nature of granting an extralegal concession by way of allotment of an alternative site in lieu of acquired lands sans any such legal obligation on the State under the Land Acquisition Act, 1894, or any policy in force pertaining to the project of MRTS (Railways) to be implemented by the Ministry of Railway, Government of India.

Agreeing with this contention, the Bench observed that in the absence of such a scheme, the High Court could not have issued such a direction to the State. It said: "Such a direction cannot be countenanced in law. This is reinforced from the principle underlying the dictum in the case of New Reviera Coop. Housing Society and Anr. Vs. Special Land Acquisition Officer and Ors., In paragraph 9 of the said decision, the Court noted that it would be a different matter if the State had come forward with a proposal to provide an alternative site but that principle cannot be extended as a condition in all cases of acquisition of the land that the owner must be given an alternative site or flat. The Court unambiguously rejected the contention of the affected persons that acquisition of their land without providing them an alternative site would impinge upon their right to life under Article 21 of the Constitution of India."

While setting aside the judgment passed by the High Court, the Bench distinguished some of its earlier judgments relied on by the High Court. For example, the court said that in Bharat Singh and Ors. v. State of Haryana and Ors., the land was acquired for development and utilization for industrial purpose.

The Bench said: "The dictum in paragraph No.18 of the said decision, in no way, can be construed to mean that even if no policy for allotment of alternative housing site in connection with the stated project to be executed by the Railways is in force, yet the project affected land owners should be provided an alternative housing site that too by the State. On the other hand, the observation therein is merely to direct that the land owners who had become landless by the acquisition of their land should make an application for allotment of alternative land and that they may be given priority in the matter of allotment provided they fulfill the conditions for such allotment and if land is available."

Supreme Court Should Not Interfere With Crypto Decision, RBI To SC.