Lawyers Not Allowed to Earn Livelihood by Other Means: SC [READ ORDER] 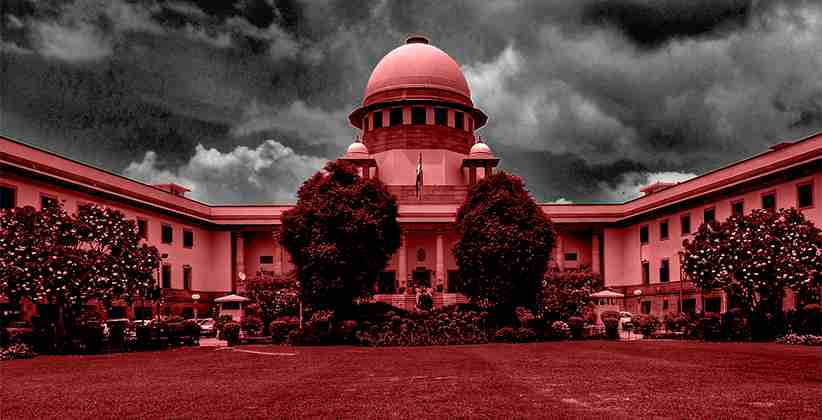 Judiciary Jul 25, 2020 Tanurag Ghosh ( Editor: Ekta Joshi ) 319 Shares
319 Shares
With the COVID-19 pandemic wreaking havoc on the health of people, another aspect of living has been majorly affected by it. The pandemic and measures taken to curb the situation have led to heavy economic losses throughout the world. With increasing rates of employment and rising debt, some people are failing to even earn enough for their basic necessities. Lawyers as professionals have not been able to bypass this either. A lot of legal practitioners are now unable to provide for their means and are facing economic hardships, among other things.

The Supreme Court took cognizance of the issue. While hearing proceedings for a suo moto case regarding financial hardships faced by lawyers due to the COVID-19 lockdown, the bench comprising of Chief Justice Bobde, Justice Bopanna, and Justice Ramasubramaniam provided its remarks on the issue.  It said-

“We are conscious of the fact that the advocates are bound by Rules which restrict their income only to the profession. They are not permitted to earn a livelihood by any other means” Certain rules in the Bar Council of India Rules, Chapter VII impose restrictions on advocates taking up other jobs. Rule 47 of the aforementioned set says that an advocate shall not “personally engage” in any business though he may be a sleeping partner at the firm. These rules ranging from 47-52 make it impossible for a practicing legal professional to become associated with any business or become its secretary, Managing Director, or an employee. This even extends to roles with the Government. The various courts throughout the country have upheld these rules through various judgments. These are called “Standards of professional etiquette and conduct”. Moreover, this idea has been given its base through different cases. In the case of Hanilal L Chulani v Bar Council of Maharashtra & Goa, the plea of a doctor to enroll as an advocate was denied by the Supreme Court. It said- “It is no doubt true that the right to live includes the right to livelihood. However, the appellant is not denied his right to livelihood. He is already a professional carrying on the profession of a medical practitioner. He wants to have a second string to his bow. He wants simultaneously to be permitted to practice law with a view to earn additional or more livelihood. So far as his aforesaid demand is concerned the impugned rule requires that unless he gives up that other practice and joins wholeheartedly the legal profession, he cannot be permitted to enter the legal profession.” A similar view was also taken up by the High Court of Allahabad. The Supreme Court considered that the legal profession requires full-time attention and that an advocate has to work full-time or not at all. Against this opinion, the Bar Council of Gujarat has allowed the needy lawyers access to other avenues of earning money. This approval is still subject to the Bar Council of India.      [READ ORDER]