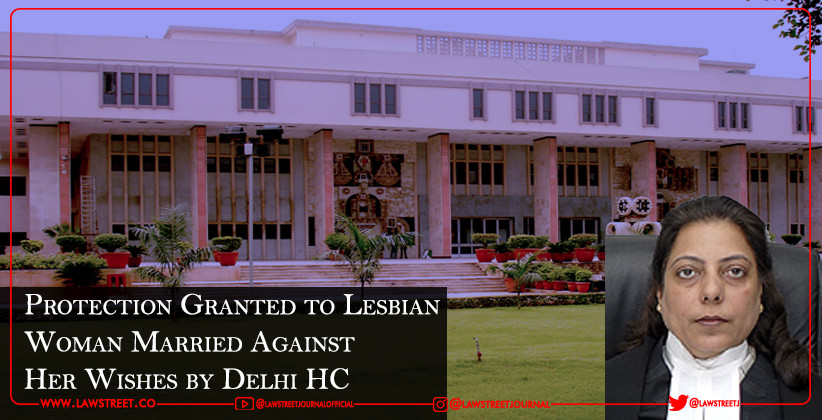 Judiciary Mar 12, 2021 Aditi Aggarwal ( Editor: Ekta Joshi ) 2 Shares
2 Shares
A bench of Justice Mukta Gupta of the Delhi High Court on Wednesday ( March 10, 2021) issued a notice on a lesbian woman's petition and directed the Delhi Police to ensure complete protection to the woman. It was a major relief to the woman who was made to marry against her wishes to a man of her family's choice.

Taking a progressive stance on the case, the court also interacted with the woman and her husband, and directed that steps may be taken at the earliest for dissolution of the marriage.

The petitioner, a lesbian woman had been married against her wishes to a man and was threatened to be “cured” of her sexual orientation. She escaped from her marital home on Mar 7, 2021 and sought the assistance of ANHAD, an NGO in New Delhi.

She was then provided temporary shelter at a safe house run by another NGO but her family members reached the premises of the safe house and asked for the Petitioner to be handed over to them.

The court has directed that NGO members should not be harassed or harmed for helping the woman and said that the ‘woman is at liberty to shift to a different location if she so pleases.’