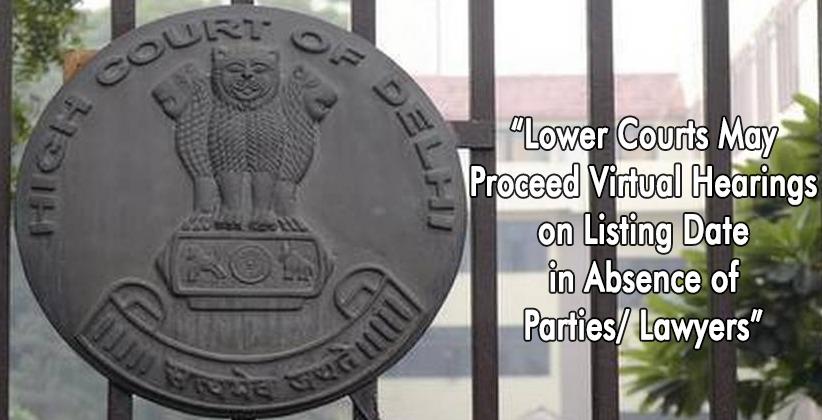 The Delhi High Court on 17th November 2020, in an order, by modifying its earlier order dated 15.08.2020 and directed that all subordinate courts may now proceed with adequate procedures in the absence of a party or advocate depending on the matter’s urgency and other attending circumstances, if the party or advocate despite due intimation from the court about case listing fail to present themselves for the hearing.

This is a modification of an earlier order which stated that no adverse order shall be passed against a party in non-urgent or routine matters where the advocate or party are unable to join the virtual hearing, until the physical functioning of the court.

As per the order, “The matter has been reviewed by this Court and aforesaid direction stands modified to the extent that if an advocate/ litigant stays away from the virtual proceedings after being intimated that a case would be taken up on a particular date, it be left to the discretion of the concerned court to proceed further in the matter, depending on the urgency and/ or other attending circumstances”.