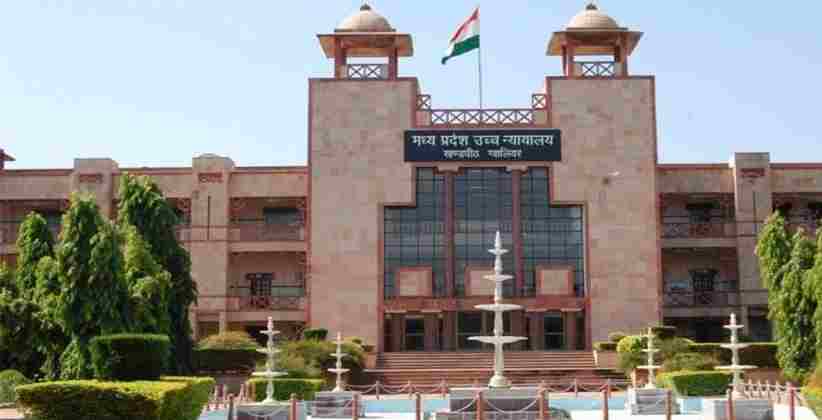 Judiciary Oct 06, 2020 RHEA BANERJEE ( Editor: Ekta Joshi ) 14 Shares
14 Shares
The Madhya Pradesh High Court, Gwalior Bench decided on 3rd October 2020 Saturday to pass interim orders in the public interest to prevent the political flock in the State especially in the 9 districts which fall into the jurisdiction of the Gwalior Bench.

The Division Bench comprised of Justice Sheel Nagu and Justice Rajeev Kumar Shrivastav who issued interim orders taking into account the issue faced by the law enforcing personnel while he was trying to implement the COVID-19 protocol and also looking to the several occurrences brought on record of widespread violation of Covid-19 protocol mostly caused by the congregations of a large number of persons moving for and on behalf of the political leaders.  It should be noted that on 18th September, the MP High Court had marked that, “law, whether statutory or in the shape of executive instructions, deserve respect and obedience, as much as from common man and as from a leader, political functionary and even the head of State.”

Thus, the court has passed the interim order to savor the interests of public, rather than the interest of the nation and stated that political functionaries and State Functionaries should strictly abide by the “Covid-19 protocol” as mentioned by the Central Government, State government and the District Magistrate of the respective district which is regulated from time to time regarding the congregation of any nature or kind.  This cause was raised in the Public Interest Litigation by Advocate Sanjay Dwivedi, Advocate Raju Sharma, and Advocate VD Sharma who appealing for the rendering of justice for the concerned matter. However, on 25th September 2020, the Bench of Justices SheelNagu and Rajeev Kumar Shrivastav had noted that there was a rise in the number of COVID-19 cases in Gwalior and even in the number of deaths.  So the Bench observed, “In such a situation if the Executive Authorities don’t avoid the congregation of a large number of people in violation of restrictions laid down by the Central and State government and the District Magistrate, then the Court will have to step in to do something which the Executives have failed to do so.” The Court even thought that the Executives were unable to contain the spread of COVID-19 as per the stated guidelines.  The Court has further thought to hear the District Magistrate and Superintendent of Police of the five districts namely Morena, Bhind, Gwalior, Datia, and Shivpuri through virtual conferencing on 30th September, Wednesday.  Observations made by Court on 3rd October After listening to the executive authorities of the 5 districts, the common link between all the revelations made by the authorities was that even though all the efforts were being made by them to ensure the compliance of Covid-19 protocol but usually on account of ignorance and lack of civic sense among the public, some breach happens. The executive authorities further suggested that it was not advisable to employ a force to contain the huge public as it would cause further damage than help in the current scenario.  The Court looking into the situation where the bi-elections have been announced recently by the Election Commission of India for different seats in the 5 districts of MP, the flocking of people which are taking place now and then are mainly political in nature, and whether or not the political leaders who might be part of the State or government preside over these congregation of people.

So, the Court noted, “The political functionaries and functionaries of the government and the State are duty-bound to set such examples of conduct, behavior, and deeds which aids their followers, voters, citizens to follow such path of rectitude and obedience of the law and lawfully passed orders and instructions.”

Lastly, the Court passed an interim order keeping in mind the interest of the general public at large and gave the following order-  The three advocates who have been appointed as the Amicus Curiae are requested to keep an eye if any breach is witnessed in the implementation of the interim order or in the prevailing COVID-19 protocol and in case of any such breach is noticed by any citizen or the Amicus Curiae then the Principal Registrar is advocated to place the matter instantly before the Bench for adjudication. The next hearing of the matter is scheduled on 15th October 2020 Thursday.