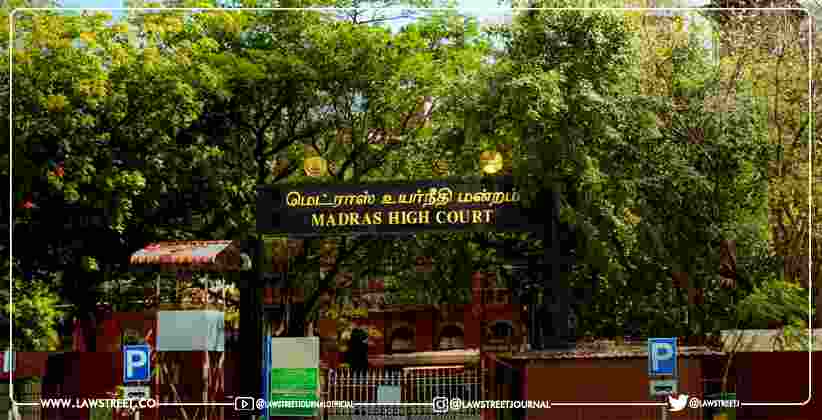 The Madurai Bench of the Madras High Court has directed the State Government to pay Rs. 5,00,000/- compensation to the husband of a woman who died due to the non-availability of an ambulance at a Primary Health Centre (PHC) and the resultant delay in shifting her to the Medical College for proper treatment.

A bench by Judge N. Anand Venkatesh held that, although no medical negligence was caused to the petitioner's wife, the delay in her transfer to the medical college, proved to be fatal, resulting in her death.

"There was a delay in shifting the deceased from the Primary Health Centre to the Medical College, Asaripallam. When it comes to saving a life, every second count and delay by even a few minutes can cause the death of a person. Therefore, when it comes to medical emergencies, delay can never be condoned like how leniently we condone in Courts".

The petitioner’s wife was hospitalized for childbirth at the Primary Health Center (PHC). After giving birth to her daughter, she suffered from excessive bleeding. The primary care center discovered that a blood transfusion was necessary while treating her and recommended that transfer her to Asari Paran Medical College. As the primary health care center did not have an ambulance, the nurse had to call ambulance 108. It took 30 minutes to get to the primary health care center. After 1 hour and 15 minutes, the deceased's wife finally reached medical school., where she was declared dead. According to medical records, the cause of death was "postpartum hemorrhage."

The petitioner's case was that he lost his life due to the absence of an ambulance and the delay in reaching the Medical College.

District medical officials, the Rural Health and Medical Bureau, Kanyakumari, and the surgeon on duty denied the allegations of not providing medical aid. They submitted that the doctor and the nurse on duty jointly referred the patient to the medical school and called the ambulance 108, which arrived immediately.

The court emphasized the respondent’s statement that in 4-6% of cases, postpartum hemorrhage may occur during childbirth, which is a common cause of postpartum maternal death in India.

The court held that,

"It is clear from the above that the condition that was suffered by the petitioner's wife is not uncommon and unfortunately the wife of the petitioner falls under the category of 4 to 6 percent cases, who undergo such Complications".

However, it clarified that the death of the woman cannot be attributed to the negligence of the doctor who treated her because he took the necessary medications as first aid and tried to control the situation.

The Court continued to add that there was a delay in shifting the petitioner's wife from the Primary Health Centre to the Medical College, which ultimately proved fatal and caused her death. Here, the court reviewed the concept of golden hours proposed by R. Adams Cowley, that is, the time between life and death.

To emphasize that the PHC needs an ambulance, the court also referred to the case of PB Khet Mazdoor Samity v. West Bengal AIR 1996 SC 2426, in which the Supreme Court made 7 recommendations regarding proper medical facilities for emergencies. It included adequate facilities at PHC, upgrading hospitals at district and sub-district levels to treat serious cases and specialist treatment, a centralized communication system to track the availability of beds, proper arrangement of the adequately equipped ambulance.

Finally, the court ordered the state government to compensate the petitioner Rs 5,00,000 /, from the GO video created by Corpus Fund, dated 09.04.201.