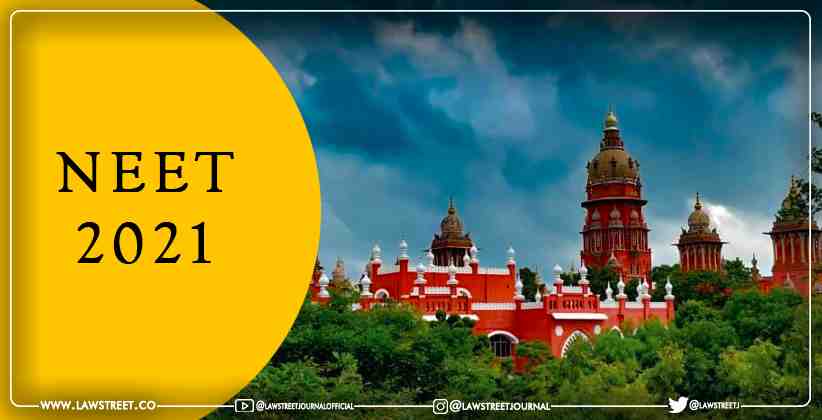 The Madras High Court has ordered that all petitioners in the National Eligibility-cum-Entrance Test (NEET) case be heard in the afternoon session on July 13, 2021.

The Bench of Chief Justice Sanjib Banerjee and justice Senthikumar Ramamoorthly was informed the Additional Solicitor General R. Sankaranarayanan that the Centre would file it's counter-affidavit  on monday (July 5th, 2021) Or by  Tuesday (July 6th, 2021) to a case file by the BJ's Tamil Nadu State Secretart, k. Nagarajan, Challenging the Constitution of the committee headed by Justice (Rtd) A. K Rajan to study the NEET's impact on the state.

In June 2021, the committee was formed by the state government. Sankaranarayanan stated that he would also serve copies of the counter-affidavit on the writ petitioner as well as numerous political parties, organizations, and individuals who wished to be named as parties in the case.

The court had ordered the centre to file the counter-affidavit by July 8,2021 and served on counsel for the DK, DMK, MDMK, CPI, and others who wanted to intervene in the case.

Advocate General R. Shanmugasundaram, who represents the state government, stated that he is prepared to argue the case and has already filed a counter-affidavit on its behalf.

"There is nothing new in the constitution of a committee," said senior lawyer P. Wilson, who was representing a student who had sought to be impleaded in the case, "The Justice P. Kalaiyarasan committee's recommendation had led to 7.5 percent reservation for medical admission to government school students".

Wilson's argument was refuted by advocate V. Raghavachari, who was representing petitioner Nagarajan "There is nothing new, and all petitions regarding NEET have been dismissed by the Supreme Court, and there is only opposition to NEET in Tamil Nadu, which must end. It's a political game that must come to an end, " he started.

As the lawyers sparred, Chief Justice Banerjee stepped in, saying that both would be given ample time to argue their respective points.

SC has allowed the NEET PG and UG Counselling through its judgment on Jan 20, 2022; read the arguments [Read Judgment] 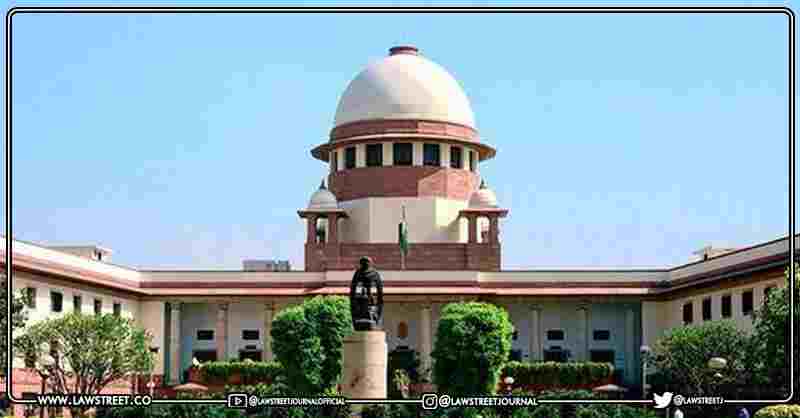 Judiciary Jan 21, 2022 Lawstreet News Network ( Editor: Vishal Bhutani ) 1 Shares
1 Share
Mr Arvind Datar, Senior Counsel, for the petitioners"The Constitution was amended by the Constitution (One Hundred and Third Amendment) Act 2019 on 14 January 2019 to provide 10 percent reservation for the EWS of the unreserved category. The OM laid down the criteria for determining the EWS category within three days of introducing the amendment. The Union Government did not undertake any study before notifying the criteria on 17 January 2019. It evident from the report submitted by the Pandey...
Read full post 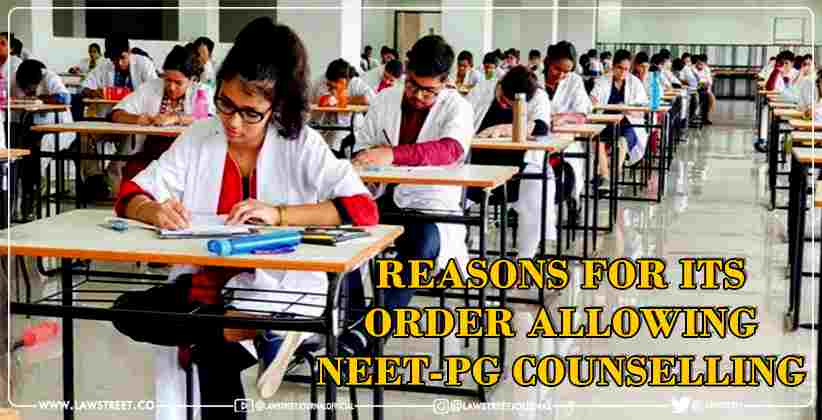 Judiciary Jan 20, 2022 Lawstreet News Network ( ) 1 Shares
1 Share
Justice DY Chandrachud: we are uploading the reasons now for the order we pronounced the other day. We have given reasons. We are listing the matter on March 3rd week. We gave reasons why we didn't stay the notification qua EWSJustice DY Chandrachud: second is why we upheld the OBC 27%. We hold that reservations for OBC in AIQ for UG and OG is constitutionally valid.Justice DY Chandrachud: articles 15(4) and 15(5) are facets of substantive equality. Competitive exam do not reflect economic...
Read full post