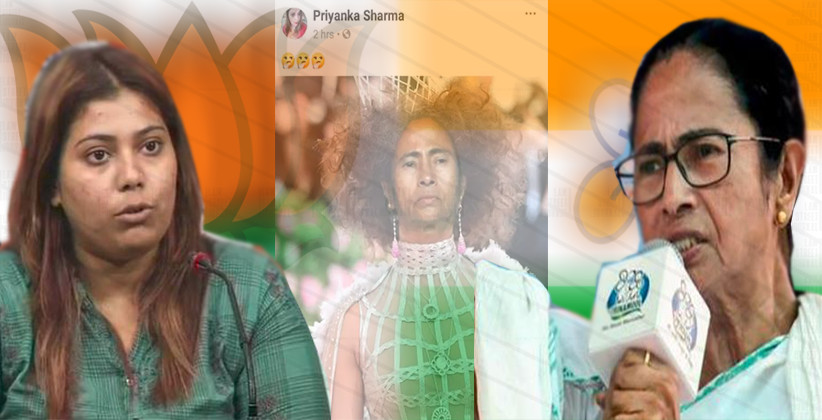 Sharma was arrested on May 10, 2019, for allegedly posting a morphed image of Chief Minister Mamata Banerjee on social media. Subsequently, she was sent to 14 days of judicial custody.

Today, a Bench comprising of Justices Indira Banerjee and Sanjiv Khanna convened an urgent hearing of the matter on the request of Sharma’s brother who informed the Court that despite its order passed on May 14, 2019, directing the State of West Bengal to release the BJP worker, she has not been released from jail.

However, the counsel appearing for the West Bengal government told the Bench that Sharma has been released from jail at around 9:40 am on May 15, 2019.

To this, the Bench said that “Had she not been released, we would have issued contempt.”

Further, the Bench observed that the arrest itself was prima facie arbitrary.

On May 14, 2019, the apex court had granted bail to Sharma and had asked her to tender a "written apology" at the time of her release from jail for sharing the meme on Banerjee.

Complaint For Wrongful Deduction Of Amount By Mobile Operators Can Be Filed In Consumer Forums: HP SCDRC [Read Order]

Section 138 NI Act: Delay In Instituting The Complaint Can Be Condoned If Sufficient Cause Is Shown In The Complaint: SC