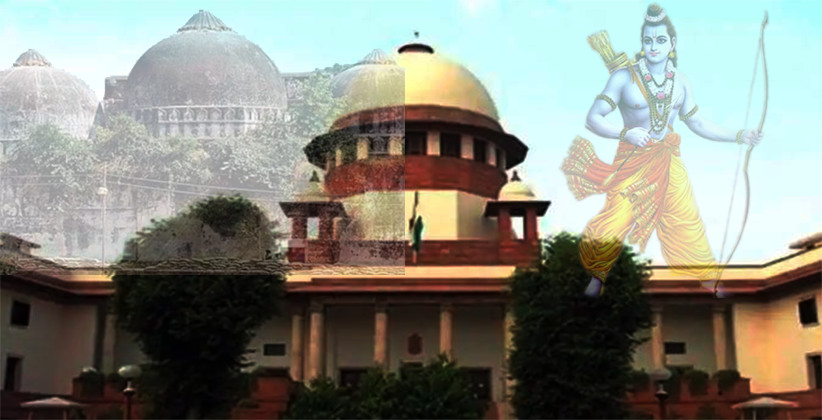 The Supreme Court today (February 26, 2019) while hearing the Ram Janmabhoomi-Babri dispute suggested the parties to resolve the matter through mediation stating that it is not only thinking about the ownership of land but also about healing relationships.

The matter was heard by the Constitution Bench comprising of Chief Justice of IndiaRanjan Gogoi and JusticesS.A. Bobde, D.Y. Chandrachud, Ashok Bhushan and Abdul Nazeer.

The report submitted by the Secretary General to the court indicated that the records ran into nearly 38,000 pages, in the languages of English, Hindi, Sanskrit, Urdu and Gurumukhi.

Further, the Bench asked the parties to explore mediation as an option to settle the dispute. The idea was welcomed by advocate Dhawan. “If Your Lordships want to try it, I won’t oppose it,” he said.

However, advocate C.S. Vaidyanathan objected to the idea. To which CJI assured that “We will do nothing against your wish.”

The matter will be next heard on March 5, 2019, when the Bench is likely to pass order on whether matter should be referred for mediation.